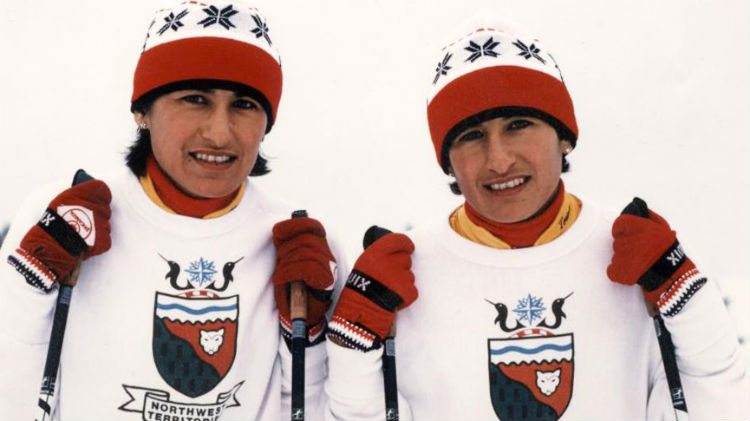 The Firths, members of the Gwich’in First Nation, were born in Aklavik in 1953. They each competed in four Olympic Games between 1972 and 1984.

They were revealed as hall of fame inductees on Wednesday. The ceremony to induct them will take place in October, in Toronto.

Shirley Firth Larsson died of cancer in April 2013, at the age of 59. Sharon Firth will receive the induction on behalf of her late twin sister.

“It’s very exciting, honouring and humbling,” Firth, who now lives in Yellowknife, told Moose FM. “It’s something I never, ever in my life thought would happen.

“Shirley would have been honoured. This is the highest achievement you can receive in sports.

“It’s us representing our people, and Canada, throughout our career – so a big thank you to everyone out there.”

Firth, who learned of her nomination on March 6 and spoke at Wednesday’s announcement, said the audience had been reduced to tears as she paid tribute to her sister.

She also expressed pride in the example the sisters set to young athletes from the territory’s communities.

“It shows them that anybody can do whatever they set their dreams to. Never give up. It just takes discipline and practice, practice and more practice,” said the 61-year-old.

The Firths made a habit of collecting awards together – not least the Order of Canada in 1987 and Queen’s Golden Jubilee Medal in 2002.

They appear in the hall of fame’s class of 2015 alongside inductees such as hockey player Paul Coffey, soccer goalkeeper Craig Forrest, and freeskier Jennifer Heil.

Firth sisters at the Winter Olympics