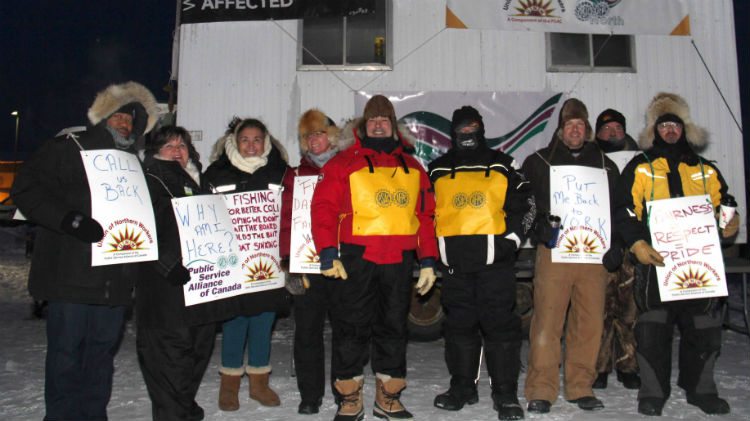 The staff members, which include carpenters, plumbers, painters and other front-line workers, set up a picket line across from the Housing Authority office in the community at 8 a.m.

”The stalled negotiations and lack of a reasonable offer have left our members with no choice,” said Union of Northern Workers President Todd Parsons.

“We’re determined to see this strike action through to a fair agreement that’s good for the workers and the community.”

The union says the workers are seeking a new contract that is more in line with the high cost of northern living.

Negotiators from the Public Service Alliance of Canada North say they have been in contract talks for more than six months.

They claim the employer has refused to make a reasonable contract offer in that time.

“Our members want to end the strike as soon as possible because they truly love their community,” says Jack Bourassa, Regional Executive Vice President North for the Public Service Alliance of Canada.

“Our negotiator is standing by in Fort Smith, ready and willing to get back to the table as soon as possible.”

The Housing Authority says the strike will not prevent tenants from paying their rent.

A foreman has been designated essential and will work on an emergency basis.