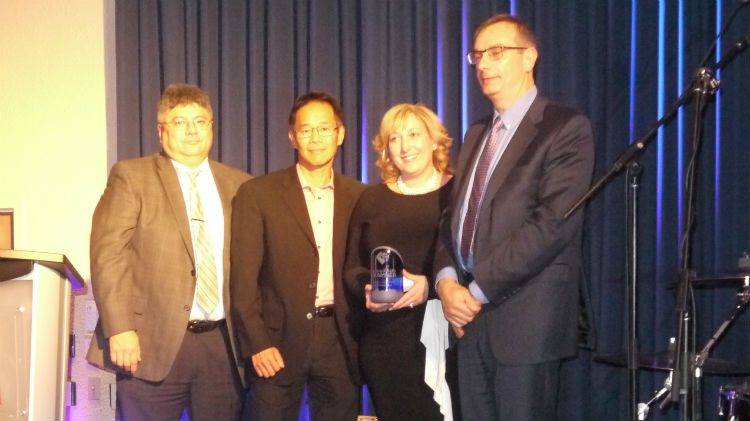 Nine local businesses picked up some hardware during the Yellowknife Chamber of Commerce’s annual awards gala at the Explorer Hotel Friday night.

The evening also celebrated the chamber’s 70th anniversary in the community.

The NWT Brewing Co. led all businesses with four total nominations, but only took home one award for Small Business of the Year.

Other awards handed out Friday included:

You can see pictures of this year’s winners below.

Meanwhile, the Yellowknife Chamber of Commerce has partnered with the city for another #Shopyk Passport campaign.

The promotion officially launched Saturday, and residents have until Dec. 6 to collect stamps at participating businesses.

For every $20 spent at a certain business, participants will receive a stamp. After collecting 30 stamps, contestants can enter their passport into a draw for a $3,000 shopping spree.

Last year, 1,418 passports valued at $850,800 were entered into the grand prize draw. A total of 54 businesses are participating in this year’s promotion.

“The purpose of the campaign is of course to educate our community about the importance of shopping local and supporting local businesses,” said Deneen Everett, executive director of the Yellowknife Chamber of Commerce.

“Our goal is to see over $1 million spent at local businesses this year [as part of the promotion].”

Mayor Mark Heyck added: “The #Shopyk initiative has been well received in our community since we began three years ago.

“Working in partnership with the Yellowknife Chamber of Commerce and local businesses is continually increasing the awareness of the importance of shopping locally.”