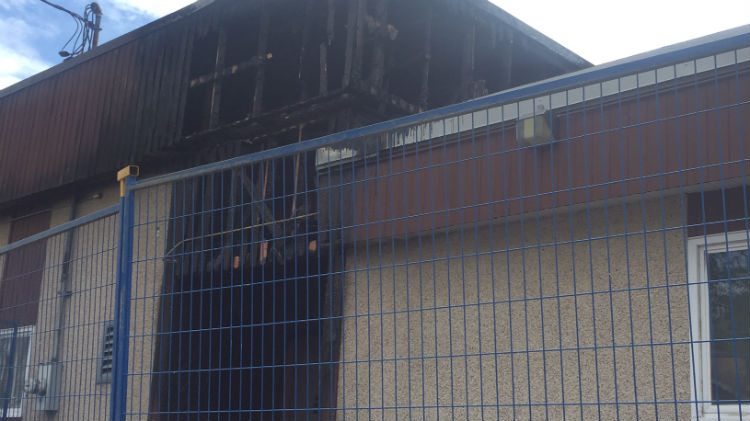 The fire was reported at 4:21am when a resident reported black smoke and flames pouring out of the side of the flea market entrance – near the back of the church.

A total of 15 firefighters and five fire trucks responded to the call. Crews were able to contain the fire and extinguish it within 45 minutes using a combination of water and foam. Officials say the incident concluded without injury to first responders or the general public.

“The cause of the fire is determined suspicious at this time,” read a statement issued by the City of Yellowknife Saturday. “The scene has been turned over to the RCMP for further investigation.

“Property damage costs to the building and its contents have not been determined.”

It remains to be seen if the inside of the church itself was damaged.

Sunday services at 9am and 11am have similarly been pushed back to 9:15am and 11:15am and will also be held at the high school.