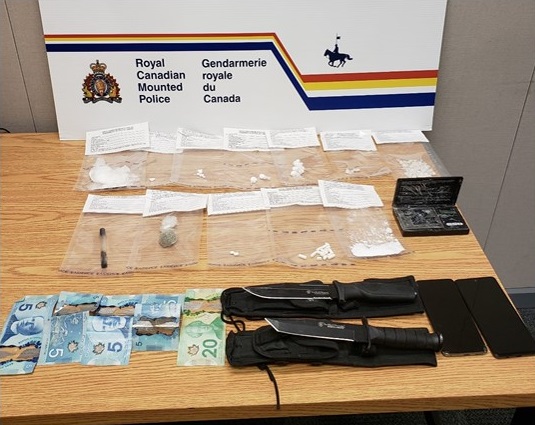 A Yellowknife man has been charged by Yellowknife RCMP for drug trafficking and possession of weapon for dangerous purpose. On Tuesday, October 27th, at about 1:30 pm, Yellowknife RCMP attended an apartment building on 51A Avenue and 56 Street, after receiving a complaint that individuals were unlawfully in the dwelling.

While investigating the matter, RCMP members arrested a man who was unlawfully in the dwelling. When searching the man, RCMP found he was in possession of two large knives, a plastic bag containing white powder and drug paraphernalia.

As a result, Byron Bibby, 27 year-old, has been charged with:

Bibby has been remanded and is scheduled to appear in Territorial court on Friday, October 30th. Anyone with information on suspicious activity is asked to call Yellowknife RCMP at 669-1111.