Dene Nation owes over $114K for rent and damages: landlord 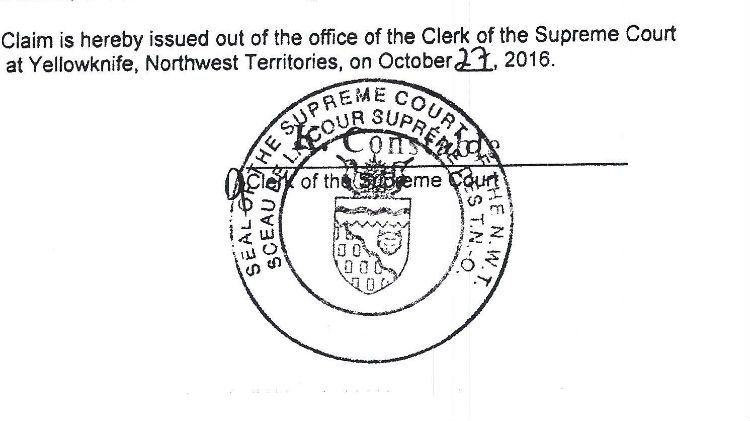 A statement of claim has been issued against the Dene Nation for unpaid rent on their headquarters to the tune of $75,545.52.

The claim – filed by MDC Holdings Ltd., the company that owns the property – states that the Dene Nation has been in debt to their landlords since the beginning of December last year, when they allegedly breached their lease.

The Dene Nation has occupied their location on 50th Avenue since September 2006. In 2011, they renewed their five-year lease until August 2016, then planned to stay on as overholding tenants until the new year.

According to the claim, the Dene Nation plans to vacate the premises by November 15 – a month early – but says they have not made arrangements to repay their outstanding debts.

Rent for the property originally worked out to an estimated $10,400 a month. Since allegedly breaching their lease, the court document says the monthly charge was raised to $13,230.01.

In addition to the over $75,000 debt, MDC Holdings is asking for an estimated $12,000 to be paid in damages caused to the property – claiming that carpets had been ruined and that the Dene Nation had removed a wall within the building.

Moose FM reached out to the Dene Nation for comment, but has not yet received a response.