200 bottles of liquor, 3 kilos of weed seized near Tuktoyaktuk 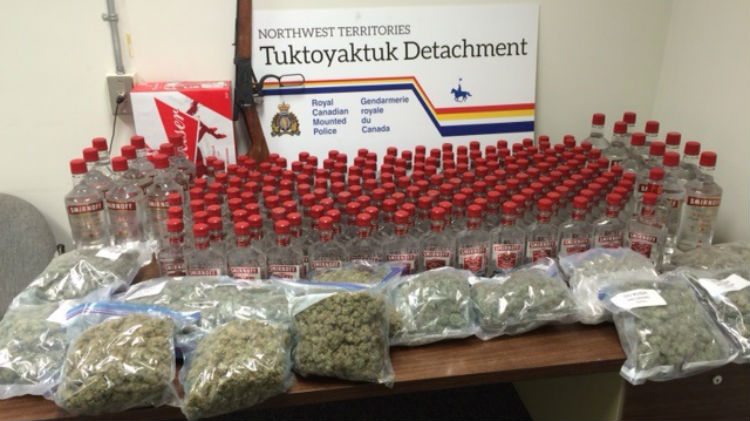 Charges are pending after police seized more than 200 bottles of liquor and over three kilograms of marijuana destined for Tuktoyaktuk.

RCMP officers intercepted the transport as it was making its way into the restricted community on the evening of Sept. 9.

Altogether, police say 204 bottles of liquor, 24 beer cans, 3.36 kilograms of weed packaged in baggies and a rifle was confiscated.

After apprehending two ATVs, three men were arrested and taken into custody.

Charges are now pending under the Controlled Drugs and Substances Act. Police are also considering firearms charges as well as charges under the Territorial Liquor Act.

Tuktoyaktuk RCMP say bootlegging continues to be an issue in the community but that seizures of alcohol help curtail some of the problems that come with alcohol abuse.

“This is a significant seizure, not only of the illicit marijuana, but also of the large quantity of alcohol,” said RCMP spokesperson Marie York-Condon in a statement.

“These illegal substances and quantities of alcohol stand to bring harm to the community.”