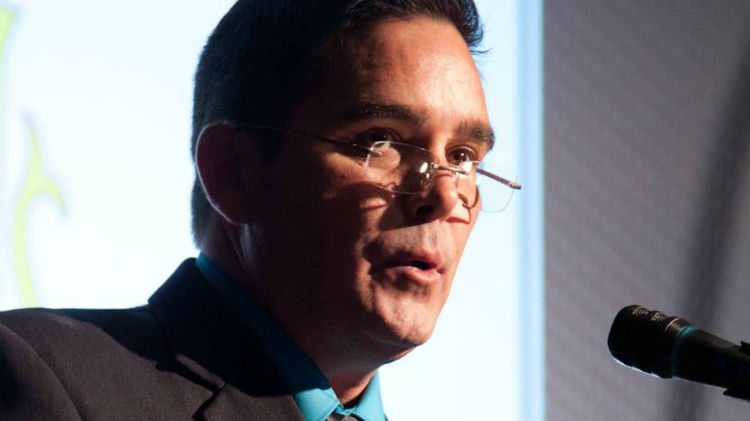 It’s not so much a manifesto as an overall common-sense stance. Sliding on to a council position from the outside, there’s going to be a learning curve. Different things will pop up. There are key issues that have got people riled up over the last little while.

You have a stance. What is that stance?

Let’s just keep the brakes on spending. There seems to be a bit of confusion between the mandates of the three levels of government. The city’s primary concern is delivering core services and I think we’ve been drifting away from that a little bit. It’s about getting things back on track to limit or mitigate future tax increases. Our population has been fairly static and with that the tax base has been static, so we have to keep our eye on city spending and city efficiencies – I know there’s quite a few there that could be found.

So the slogan for the Thom Jarvis campaign could be, ‘boring but important’…

Boring is not that bad. I prefer to think of it as stable. The city cannot be everything to all people. Some people won’t want to hear that, but we must prioritize the money we have so we get the most economic benefit.

If the city can’t be everything to all people, which everythings and which people should the city be cutting loose?

We don’t want to get into specifics. If I’m elected, we’ll look at funding for various groups as we go through the first budget process. You can’t make a proper, informed statement until you’ve gone through the process.

I definitely would have voted against purchasing the lot. I am in economic development and I’m a business lender. You don’t get the money and then develop a plan; you have a plan and then you look for the money. That was the big problem. The city very much, in my opinion, overpaid for that lot. It was for sale for over a decade and nobody was taking the bait. A lot of people don’t realize it is, in effect, two lots: there’s an easement running through the centre of this lot so if you want to do something with that lot, you’ve got to take into account this easement. That’s one of the things that hindered the sale of that lot to commercial interests for many years. Now we have the lot, I would attempt to put it on the market, though chances are it’s not going to go anywhere for the near future. Otherwise, parking has become very problematic downtown. 49th Street has really lost space. People are finding it very difficult to park. Once we hit minus-35 that’s not going to be as much fun and I think a parking lot could be investigated for that space.

The city would argue – the mayor might argue – that yes, it’s 10 years or more since anyone showed interest, so the city had to take the lead in developing the downtown.

I disagree entirely. It is not the city’s responsibility to pick up where a private developer is not downtown.

But it affects the city greatly.

I don’t agree. We’re talking about one lot. Building on one lot is not the magic bullet that will change social programs. We don’t have large numbers of aggressive people on the streets in downtown Yellowknife because that lot is not developed. You have security within the mall’s developed lot throwing people out 50 times a day. I don’t think redevelopment is that high a priority. It’s almost the opposite. There is a reason people don’t want to buy the lot – it’s a cart and horse situation. The conditions on the street with aggressive street people – there seems to be a change in flavour over the last few years, an uptick in violence. It makes an awful lot of people nervous.

What will solve some of the city’s social issues?

First and foremost, it’s a matter of targeted response. We do have a large problem with homelessness and that’s not particularly unique to Yellowknife. What makes things more apparent here is geography: we are the urban centre for the entire territory. We’re going to attract people from everywhere, very much like Winnipeg in Manitoba. We need to continue the work the city has done with their new program – they do have a committee in place – and then I think sometimes we look at things too much as a whole. We should break the problem down and start with a triage approach: get the aggressive street people under control first, and that is a law enforcement issue. Then we can move on to the problem of homelessness in general. The issues are not exactly one and the same. There is a criminal element, of course, but a serious number of these folks have mental health and addiction issues.

Aggressive people on the street is an issue you’ve raised there, and it sounds like you’d want to see the city introduce further powers for law enforcement.

If possible. We do have municipal enforcement and we expend a great deal of money in it. They spend an awful lot of time sitting in those 24-hour school zone speed traps.

Protecting kids from being hit by cars is how they’d put it.

I’m from a much bigger city and our school zones timed out at four o’clock, and I’m here to talk to you today. I did make it. We all did. They seem to be directed toward this too much. The way the laws are structured, they do not have the authority to arrest people – however they can issue drunk in public charges. How effective that would be, I don’t know, but each and every one you chip away with helps. As well, visual presence is something that could be considered. Why can’t we have foot patrols of bylaw officers when they’re not in their cars chasing people around? Walking around downtown and in particular on the bike trails.

The city and mayor have recently explored ways to support people who are trying to help Syrian refugees. Is that a valid use of the city’s time and resource?

I really don’t see this as a municipal issue. We are in an economic downturn right now and this is a federal issue, not a municipal issue. We have to deal directly with core mandate issues like fees for our rec facilities, dumping fees are very high – particularly commercial fees, that is part of your high rent here in town.

Looking at plans to host the Canada Games in 2023, is that something you see as being unnecessary?

I cannot support them in any way until someone can show me a proper case where there will be a net benefit to the city. Internationally, these large games tend to leave a pile of debt and increased costs down the road. Think of the Montreal Olympics – they paid it off recently and it took place back in 1976.

So is this city not really a destination for major events?

I’m not saying that at all, just not for this event. We don’t have the capacity. Even accommodations, they just don’t exist. These games take place in the height of aurora season – I don’t know where all these athletes and families are going to be staying.

I want to get your views on IServeU.

I think it’s very intriguing. I have been speaking with Dane Mason and I do think it’s interesting but, being the cautious kind of guy I am, I want to see how it plays out. My biggest concern is who are the members? Conceptually it’s a great idea, but how reflective is it of the whole populace rather than a selective number of people engaged enough to take part? It may be very unrepresentative of the will of the populace of Yellowknife as a whole.

IServeU has argued throughout that it’s at least some representation, whereas right now it’s eight people in a room and there’s no way of knowing how many people each councillor spoke to.

It all comes back to participation and that’s my point with IServeU. Let’s see how it goes and if it does work out. I think the jury is out. However, if I am elected I will take a very good look at the results they do have coming in.

What else do you think we’ve left out?

Let’s go back to the Canada Winter Games. I know an awful lot of people are very keen on it and say funding from the federal and territorial governments could be coming our way. I would be very cautious. The territorial government is in dire fiscal condition and with a federal election in the offing, it’s hard to count on that. And that’s up-front costs. I work in business finance. What kills you is the carrying costs down the road. We’re going to have to maintain and staff these facilities and chances are those two levels of government are not going to be there to help us. People find some of our fees expensive right now – if we add to that, it’s just going to get worse.