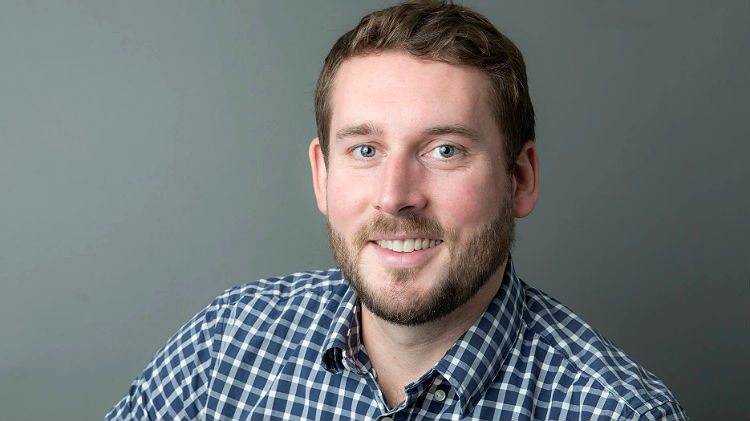 JW: One of the biggest issues facing us is the cost of living. It’s at the top of your platform, online. What can be done to lessen the burden, within the limited powers of city council?

JM: One of the biggest aspects is, if you’re a homeowner, paying for energy and heating costs. Those things are expensive. Council can make it easier for people to retrofit their homes, get off of oil and reduce their electricity consumption. One program I’m excited about is Loans For Heat – the Pembina Institute did a report on this and submitted it to council. Council needs to pressure the GNWT to allow this to go through. We need to change the legislation to allow for what’s called local improvement charges – loans levied against your property tax and held on your property to allow people to get up-front money to do retrofits on their homes.

The other thing is housing. That’s another significant cost for a lot of people. For some, it’s more than 50 percent of their income. We can do more to ensure low-cost housing is providing.

JW: Speaking of that, what can be done for responsible development in the city?

I’d like to see downtown revitalized. I’d like us to stop talking about it and start doing something. In the city’s report about the 50-50 lot – to be clear, I’m not necessarily in support of that lot and how they came to council with it – but I think the city could be incentivizing development downtown, ensuring that low-cost housing is built into new development and perhaps even providing abatement for businesses that want to develop lots downtown, to get people moving into the downtown core and to ensure that the downtown is developed before we start moving out. That said, there is a lot of land that needs to be developed here, but I want that to be done in a balanced way that ensures current property values are maintained.

JW: Speaking of market value, how do we stop the market going up so much? How do we stop a one-bedroom condo being worth $350,000?

You’re going to see that housing prices are starting to level out in town. A number of houses are being advertised below appraised value. I think the market levelling out makes sense – there has been a lot of new development and that will depress prices. The city needs to be monitoring that and ensuring new development comes along in such a way that prevents us from having huge price increases like we had. From the early 2000s to 2010, it seemed like prices skyrocketed – and that was because land was locked up. I think you’re going to see the effects of the city starting to develop land over time.

The population is stagnant and I’m concerned that it’s going to start dropping as the mines shut down. That’s why I’m advocating for things like a university – it’s not necessarily something that city council’s going to build, but we need to be advocating for this kind of thing and have councillors that have a vision for the future. What we do with Yellowknife now is going to affect whether people want to move here in the next 20 years. I don’t think we can just lay back and hope industry comes in with a solution to all our problems.

OW: Does Yellowknife, and the North, need a university?

OW: If you’re going to go to the territorial government and try to get something like a university moving, where would you want the money to come from?

This is not a key piece of my platform. I don’t think, as a city councillor, I’m going to get a university built in the next three years – I’m a realistic person. I brought that idea up as an example of big-picture thinking of the kind we need from our leadership in coming up with new ideas and exploring those ideas to see if they’re going to work.

OW: But for now, you want to leave it as big-picture thinking? You don’t want to develop that idea?

No, that’s not true. There are people developing that idea. What the city could be doing is hosting a conference to talk about whether it’s viable and how it will be implemented if so, or talking about potentially setting land aside for such a structure. The 50-50 lot is a perfect example of such land – a lot downtown where a pretty significant building could go. If you’ve got private investment that thinks a university is a great idea, that’s great. The city can be there to ensure there are no roadblocks in place when the project occurs. A lot of what I want to get done is not necessarily things the city is directly going to do, but the city is going to ensure there are no roadblocks in place of the private industry so they can do good work.

OW: Talking of the 50-50 lot, how would you have handled that differently had you been on city council?

I don’t think I would have handled it differently. I think they did the right thing – they felt the proposal was potentially unrealistic. I heard people saying why would you try to revitalize an area when you’re not dealing with the social issues there? Homelessness is a big problem in the city and a lot of people want to see that addressed first. By not necessarily adopting the proposal to go ahead, council was listening to the public’s concerns.

OW: IServeU is proposing online direct democracy. What do you think about this?

I’m not running for IServeU. There are a lot of reasons the system does appeal to me: I like that they are engaging people. It’s an interesting idea in theory and potentially holds a lot of merit. I believe evidence-based decision-making is sometimes lacking in government and I want to see evidence that something works before I adopt it in my government. It’s important for anybody in a leadership position, making decisions that affect people.

OW: So some other city, somewhere else in the world, has to do this first?

Not necessarily. The thing is, I am concerned about the way they want to implement it. They claim they want to install five councillors so they have majority control over city council, and we go into full-blown direct democracy right now. That seems like a big leap. Maybe, if we had one councillor elected on the IServeU platform – and they served as a sort-of experiment…

OW: Difficult, democratically, to achieve that, isn’t it? There’s no way you can restrict a vote so that only one or two IServeU candidates get in.

That’s true. There is also a risk that what they are doing could potentially not actually be legal under the Elections Act. I know there are times when council has to act as a quasi-judicial body to make decisions when there is a dispute on property, and I know for a fact that an IServeU candidate would not be able to serve on that body. When you’re serving as a judge, you cannot have outside influence.

OW: They could serve on the body, they just wouldn’t be able to use the system.

I guess so, but they’ve taken an oath saying they will use the system. I think you might see legal challenges come up if we get IServeU candidates. I think we could have implemented this as a pilot project for the city, where the councillors aren’t bound by contract and let’s just see where IServeU stands – do they provide different decisions, or a different way of getting to the same decisions? I’m just somebody that likes to be a bit cautious when it comes to governing and I’m nervous about diving headlong into it. I’m not ready to support it until I see evidence that it is a good idea, it will be effective, and it is actually going to lead to some changes and better accountability in government.

OW: And that’s important on a broader scale. Would a hallmark of you, as a councillor, be a desire to see evidence that things work first, or a desire to take a lead, go for it and see what happens?

I think you need to see evidence to a certain extent. You tend not to dive headlong into an idea. A lot of the time the city does pilot projects to see how the public reacts, they come back, sometimes people don’t like the idea, sometimes people do. It’s a bad idea to take an ideology and run with it without ensuring you’re doing something that works. I see that happen a lot: people think they’ve got a great idea and they’re going to push it, regardless of whether there are major risks involved and whether it’s effective in real life when it’s implemented. Evidence-based decision-making is, to me, integral to effective governance.

OW: The Canada Games in Yellowknife looks like it probably won’t come to pass. Are you happy about that? The feeling seems to be that there is a broad spectrum of opposition right now.

I don’t know that there’s a broad spectrum of opposition. Some people are in support, a lot of people just have questions about it. The committee struck by the city to investigate this hasn’t come to its conclusions yet. I don’t necessarily love the idea, for or against – for me it’s just will it be of economic benefit for the city? Will it be a positive thing? If so, let’s do it. If not, know. I don’t believe all the evidence is in. I’m certainly not going to push it just because I like the idea – you elect a city councillor to make balanced decisions.