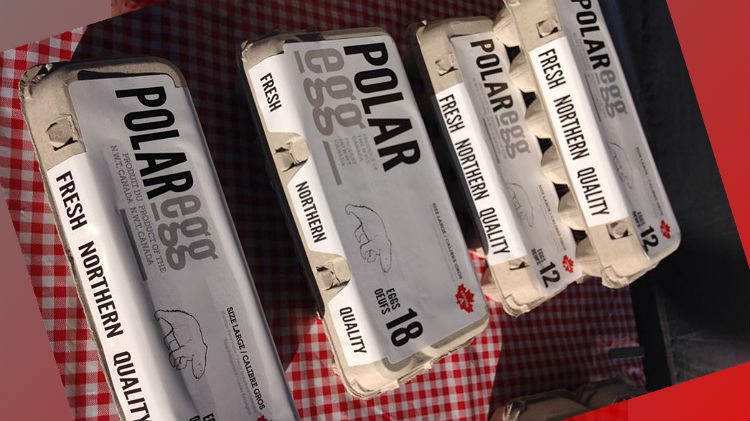 The Hay River company has spent years trying to find a viable means of switching from styrofoam to fibre, which is generally considered a more environmentally friendly option.

Stores in Yellowknife, Hay River and Fort Smith will begin stocking the fibre cartons over the next week.

“It was quite the journey to find a company that was able to provide fibre – which seems like a simple thing, but it wasn’t at all. We’re thankful that we’re finally here,” Polar Egg’s Kevin Wallington told Moose FM.

The new cartons are manufactured in the US state of Washington before being shipped to the NWT from Ontario.

‘Trying to be progressive’

“There are a lot more options for using fibre,” said Wallington, explaining why the material is preferred to foam.

“We can shred these and use them for compost, we can use them for fire starter in the winter, all things that wouldn’t be happening with styrofoam.

“We want to keep that styrofoam out of our landfills and we’re going to be working towards a retention program for all cartons, but this is a first step.”

Wallington says customers have been urging Polar Egg to drop its foam cartons since the company made its debut in 2012.

“It’s something we’ve been working towards right from the get-go,” he told us. “We did not realize the journey was going to take as long as it did. We’re trying to be as progressive as we can.”