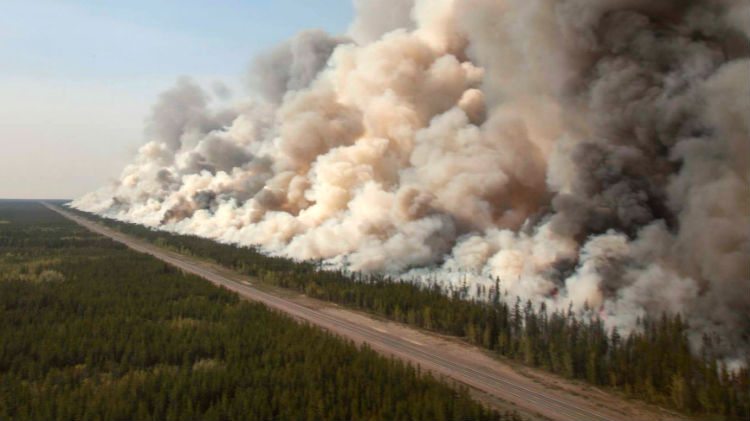 Officials say conditions in the Northwest Territories are drier than in 2014 as the number of wildfires grows.

According to Gravel, weather stations across the territory now indicate exceptionally dry conditions.

Below: Scroll down for this week’s fire maps

“Well over half the stations have reached at or above a drought code of 400, which is significant in that once it starts to cross above that number, it’s a really good indication of how dry your deeper fuels are,” said Gravel.

“Any rain of 5 mm or less is going to have some short-term impact but, in the long run, things will continue to dry fairly well. We’re a lot drier than we were last year, in a little bit of a wider area that includes the Deh Cho and a bigger portion of the South Slave.”

There were 10 new fires in the past week, including three in the North Slave and six in the South Slave.

However, Gravel said that by no means represented the territory’s worst start to a season.

“In one of our worst fire seasons, the number of fires at this point would have been 89 and over a million hectares burned,” he added.

In detail: Fire season – a list of useful maps

Yellowknife residents may have noticed a fire within city limits at Kam Lake on Sunday, caused by a campfire getting out of control.

Gravel said that fire had no significant impact, but it’s a warning to be incredibly careful with fires outdoors.

“It looked like there was a rocky outcropping where a campfire was lit, and some dry surface fuels like moss which allowed it to start to spread into the surrounding area,” he said.

“We’d like to thank the person that reported the fire for also putting it out – they had some water buckets they dumped on it.