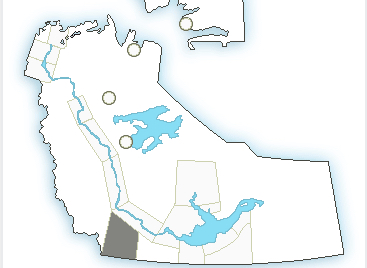 Charges of mischief have been laid against two community members from Fort Liard in an ongoing investigation of mischief done to the North Gate of Highway #7.

On Saturday, April 11, Fort Liard RCMP were alerted to suspicious activity at the North Gate of Highway #7 , about 10 kilometers from the NWT border with British Columbia.

At approximately 11:00pm, RCMP members discovered an act of mischief had been committed and the gate was unsecure. Fort Liard RCMP stopped a vehicle in the area and three residents of Fort Liard were questioned about the incident.

According to a statement released April 15th, subsequent investigation found the vehicle to have extensive damage consistent with having committed the mischief to the border gate. Evidence was seized at the scene and from the vehicle.

The Department of Infrastructure was notified and the gate has been re-secured. The investigation is continuing..

Anyone with information on the illegal sale and or distribution of alcohol, drugs and other criminal matters in the area is asked to call the Fort Liard RCMP at 867-770-1111.