Pete Mercredi scored the game-winning goal in front of hundreds of supporters, ‘swimming’ up the ice in celebration (pictured below).

“It was a great game from start to finish. Both teams came out hard,” Mercredi told Moose FM.

“You couldn’t get a better finish for such a great fundraiser.”

Rob Andrews opened the scoring for the firefighters in the first period before Kyle MacDonald evened things up in the second.

In the third period, David Ramsay found the net alongside Nathan Smith and Shaun Brown as the RCMP opened up a 4-2 lead, Mercredi scoring for the fire division.

However, Scott Gregory and Marcus Watt tied up the game before Mercredi’s overtime winner.

The game served as a fundraiser for the Austin family, whose six-year-old son, Malcolm, is seriously ill with brain cancer.

Read: For a family coping with cancer, why a hockey game matters

“It’s always nice to come out ahead but everybody knows that coming out here, win or lose, is for a great cause,” said Mercredi.

“The community comes together and it’s just a fun evening.”

Teammate Branden Wasiuta said: “RCMP beat us the last couple of years so this year it feels good to come away with a victory and give them a little taste of what’s going to happen next year.

“Pete Mercredi really pulled through for us and scored a couple of key goals.”

The result will have delighted young Malcolm, who revealed before the game that he was backing the fire division. 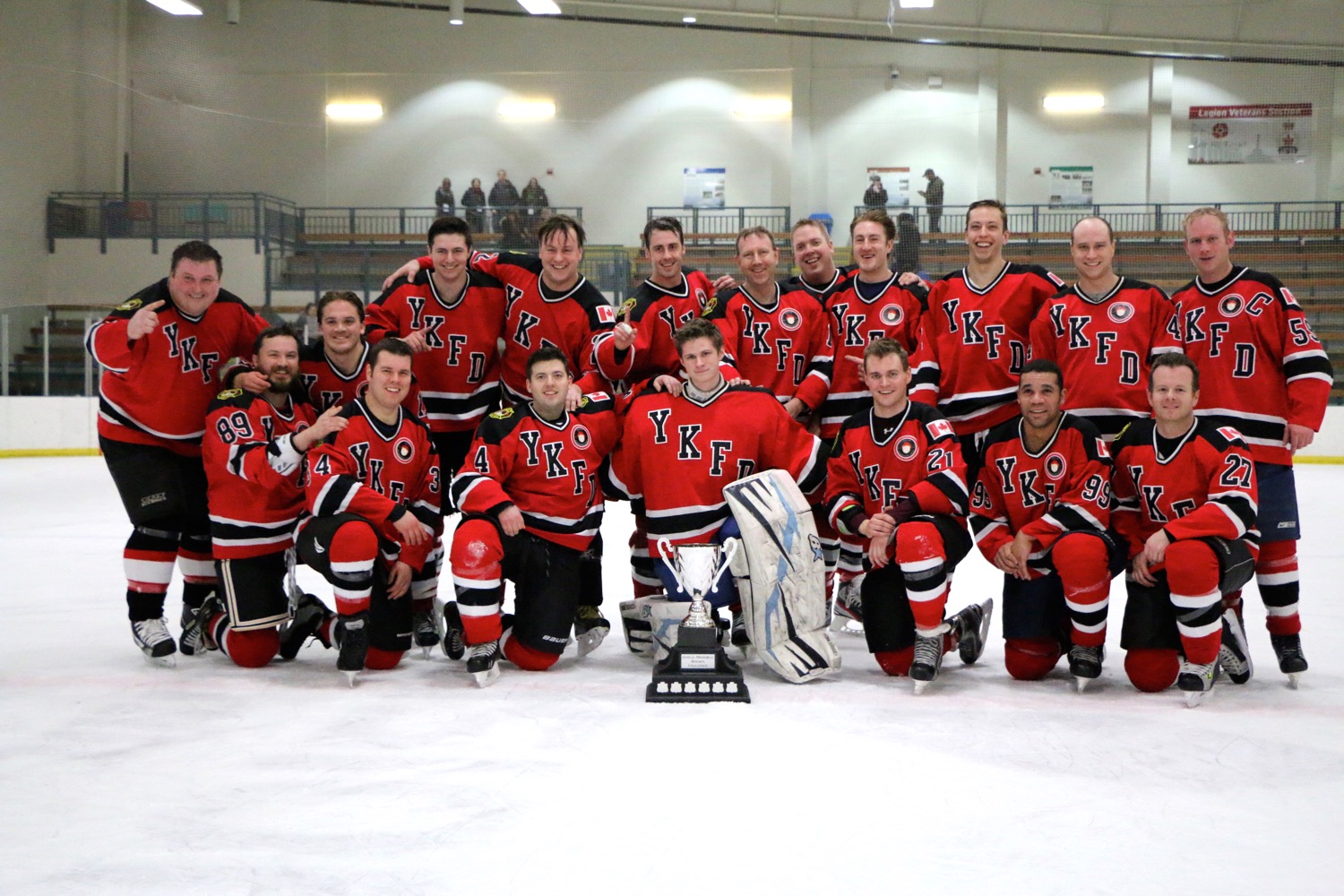