Speeding tickets up 84 per cent in Yellowknife over last year 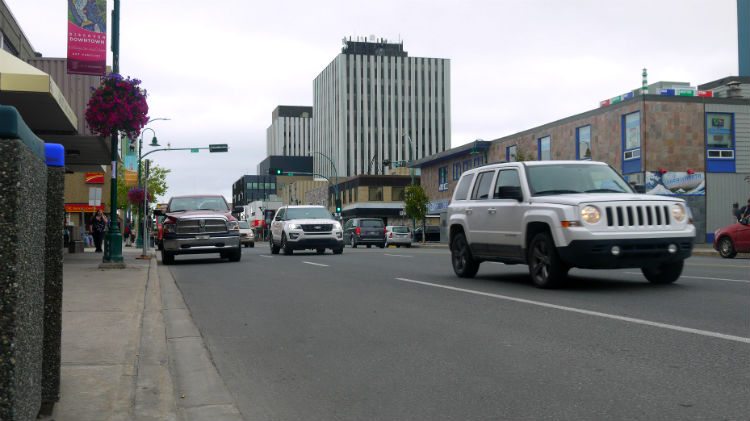 Speeding tickets issued by Yellowknife’s municipal enforcement division (MED) are up by 84 per cent over last year.

There were 464 tickets issued by the end of June compared to 252 by the same time last year – an increase of 84 per cent.

Speeding fines in school zones in particular have gone up 200 per cent over the same period last year, with 124 tickets issued in 2016 versus 40 last year.

When asked about the increase, the city says MED officers have been focusing more on enforcement.

“There is no specific reason,” said Doug Gillard, the city’s manager of municipal enforcement. “Simply more speed enforcement is being done by current staff.”

Gillard couldn’t say how many man hours were dedicated to traffic monitoring over last year, as the division doesn’t keep track.

He says road enforcement is always a main priority, even if officers are not out for that reason.

“Anytime an officer is in a patrol vehicle they are monitoring traffic to a certain degree,” said Gillard.

“By this I mean if they are on a dog call and they see someone run a red light they will deal with the red light violation and then return to the dog call.”

The costs for speeding tickets in Yellowknife range from $75 to $150 for a ticket in a school zone.

MED could not say where tickets were handed out generally in the city, as they don’t track the location of tickets.

On the other hand, tickets for seat belt violations were down 88 per cent over last year.

“I do not believe it is a sign that more people are wearing a seatbelt,” said Gillard. “Higher speeding charges and lower seatbelt charges would indicate officers are focusing more on speeding than seatbelts.”

Speeding tickets issued by the RCMP, however, are slightly down over last year but up over two years. A total of 73 tickets were issued by the end of June, compared with 87 for the same period last year.

TICKETS UP FOR PARKING METRE VIOLATIONS

Tickets for parking metre violations have gone up 75 per cent over last year, with 5,322 being issued to the end of June compared with 3,033 for the same period last year.

For much of 2015, the city only employed one enforcement officer for patrolling parking metres for violations, but a second officer was hired in September of 2015.

The city says the increase in tickets can be attributed to the second officer.