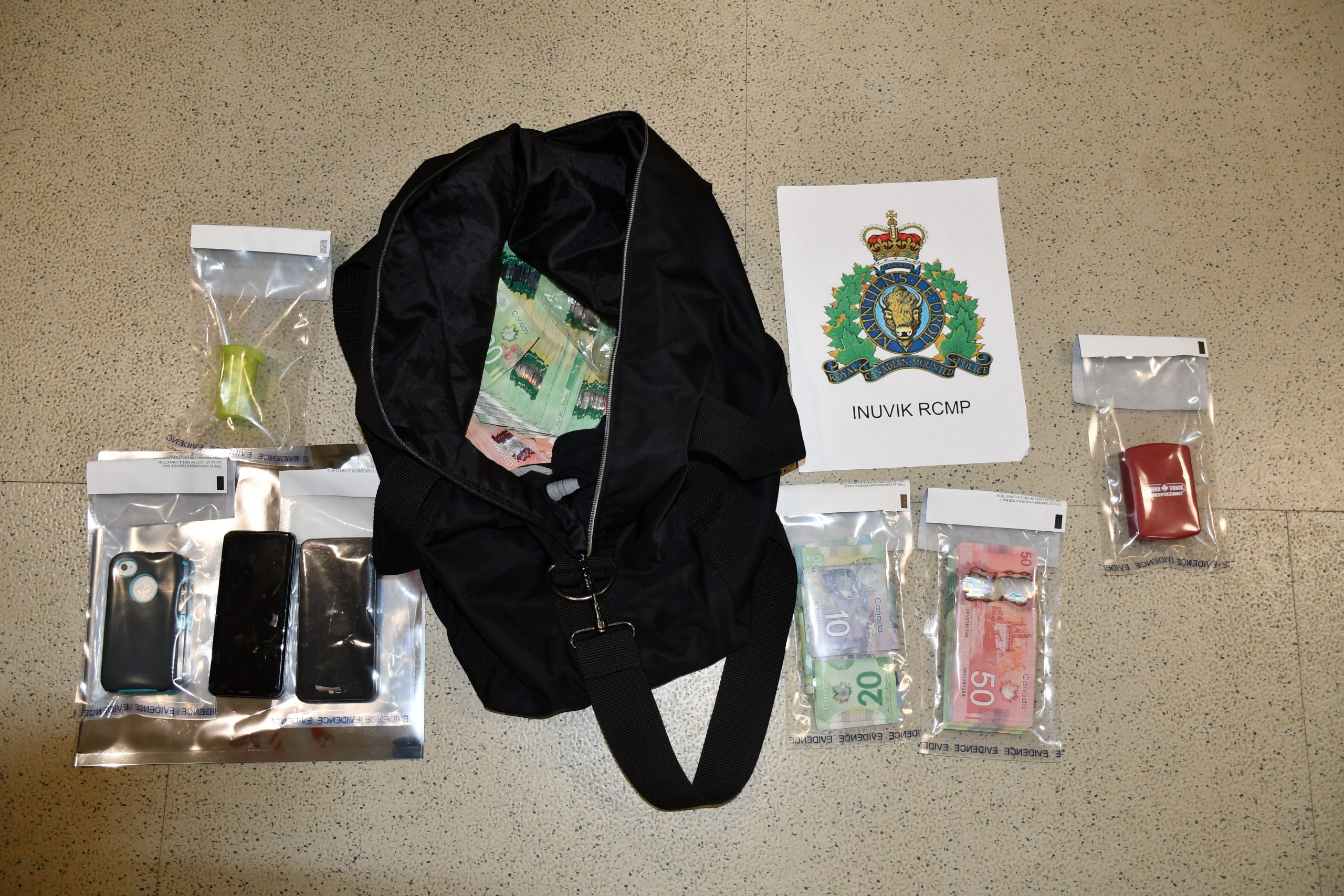 On Wednesday, April 1st, at approximately 1:54 a.m., Inuvik RCMP received a call for disturbance at a residence on Boot Lake Road, in Inuvik. When police officers arrived at the residence, they located two men in possession of money and drug paraphernalia.

Inuvik RCMP initiated a Controlled Drugs and Substances Act investigation and subsequently, seized money, drug paraphernalia and an amount of crack cocaine. The two men were arrested and charged with various CDSA offences.

“Inuvik RCMP is committed to keeping our community safe and deterring crime. We will not tolerate outside drug dealers coming into our community to pray upon our vulnerable people” states S/Sgt Grant Thom, Inuvik RCMP Detachment Commander.