Yellowknife in winter: the best place for a walk? 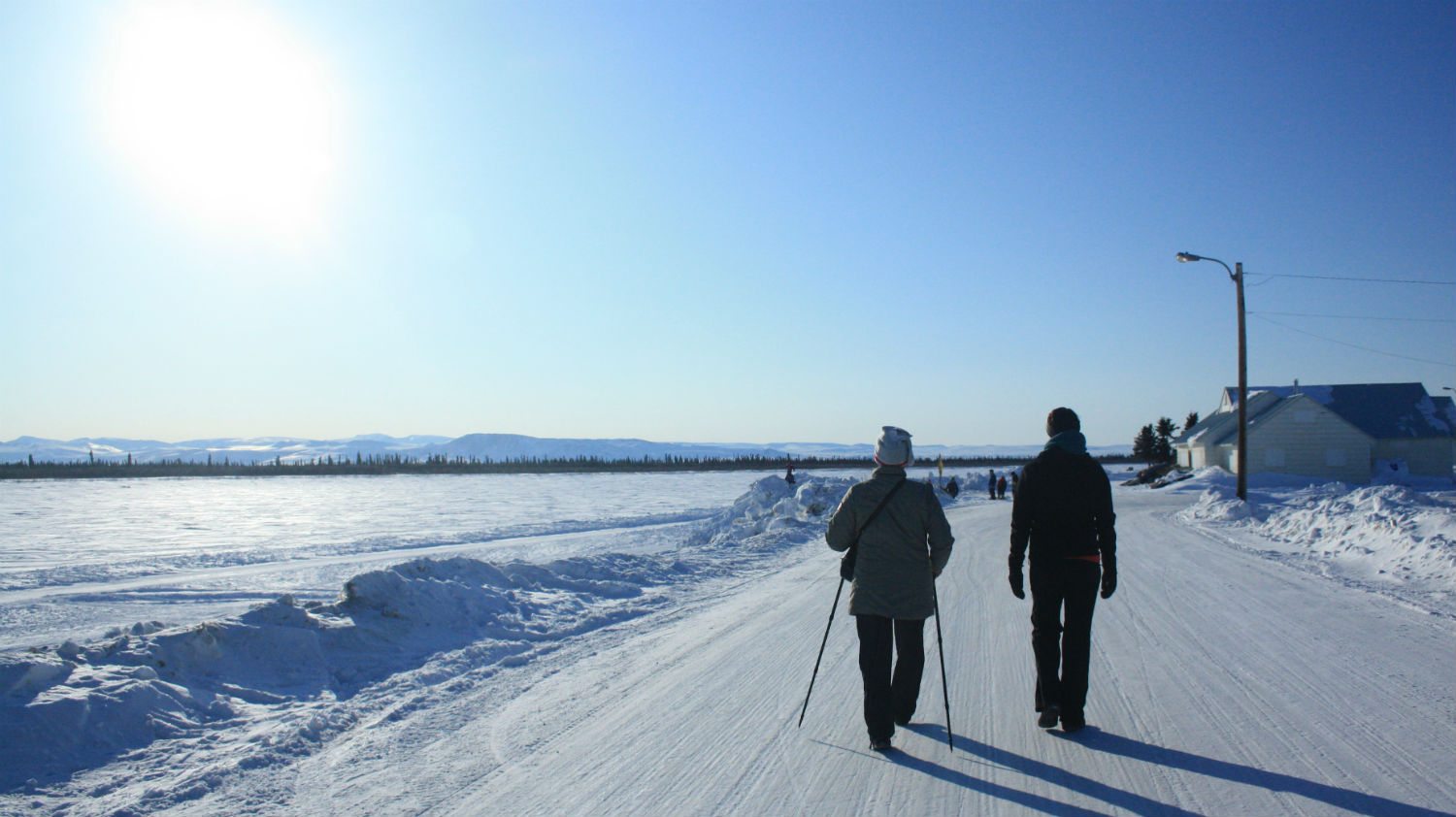 Why would anyone pick walking as their winter hobby in the bitter cold of Yellowknife?

“Oh, wow,” says Rosie Strong, a tour operator based in the city. “There are just so many places to go.

“There are designated trails around Yellowknife, all sorts of interesting places in Old Town, lots of places to walk. Get out of your cars. Go walk!”

Strong will be one of eight people delivering a series of punchy pictorial presentations on Thursday night in Yellowknife.

From 7pm, the auditorium at the Prince of Wales Northern Heritage Centre will host Why We Walk, a “PechaKucha” – which sees presenters deliver 20 slides lasting 20 seconds each.

The show is organized by Jess Dunkin from the NWT Recreation and Parks Association, which holds an annual Walk To Tuk challenge to encourage the art of the winter walk. Participants team up to walk the equivalent of the distance from Fort Providence to Tuktoyaktuk on the Arctic coast.

Dunkin, a historian by training, will speak on a pet topic of hers: competitive walking.

“In the early part of the century, people tended to do outdoor walks for long distances – a thousand miles as one example.

“By the middle to later part of the century, walking moved indoors on measured tracks and in that case you’d be walking for days at a time. The most common was a six-day race from Monday to Saturday, and you walked as far as you could in that period of time.”

“We could rent out the fieldhouse and start a six-day walking challenge,” jokes Dunkin. “If anyone’s interested, give me a call.”

Other presentations will look at topics like the spiritual aspect of walking and the mechanics behind it.

“Winter is the perfect time to walk,” adds Dunkin.

“When the lakes freeze over we suddenly have innumerable places we can go and walk. Winter is maybe the perfect time to have this conversation.”