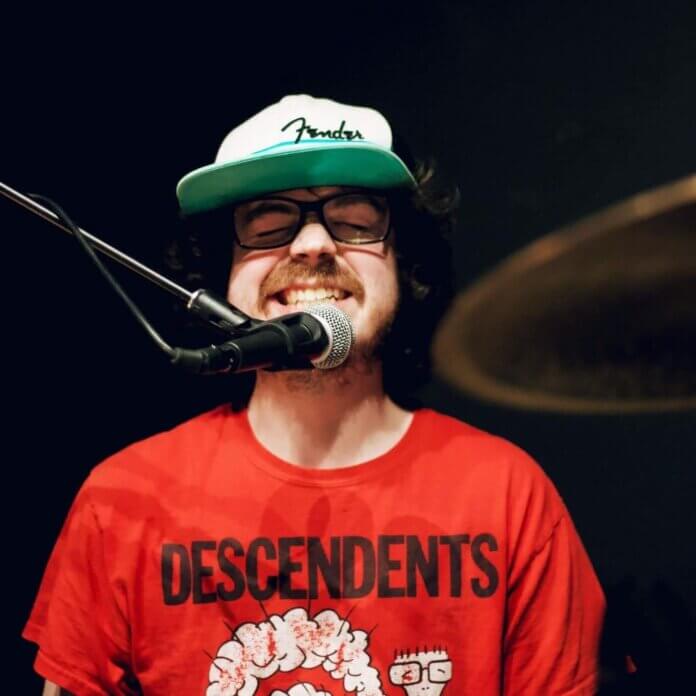 Brenden MacIntosh is another artist that calls the Northwest Territories home. And when Brenden was in high school, figuring out what he wanted to do, he had no idea. He assumed since he was good at Call of Duty, he should try joining the army.
And all it took was his friend bringing her iPod to one gym class that changed Brenden’s whole outlook

And I was like, Ooh, Blink 182. Let’s try that out. So I listened to it and then everything changed right there. So I had already was playing bass. I really enjoyed that game Guitar Hero. And so I was learning quite a bit of bass and guitar, but when I heard blink, I was like, oh, I need to play this live.
And so that’s where I really like woke up, you know, and found like a purpose in my life. And I started a band. And since then it’s just been writing and playing and pursuing music.

Of course, it isn’t just Blink 182 that inspired Brenden. It’s a lot of bands in the Punk Pop genre that helped him find his sound.

So there’s going to be elitists and they’re going to say pop punk’s, not real funk. So whatever, I don’t care. Blinks my favorite, you know, I love green day. I love some Sum 41, all the big pop punk, No Effects is amazing. I also really love Bad Religion and Rancid. Yeah. Those are probably all my biggest influences.

Brenden MacIntosh went from not being sure what he wanted to do with his life in high school to earlier this year, getting to perform his own music right here in Yellowknife.

Once you’re playing, you’re just in the zone and you just feel it right. And that was my first time playing drums live. And it was funny because my members in front of me felt like my bodyguards almost. I felt even more brave than usual. And I don’t know, just people were obviously so readyto hear live music again, just that night. I, you know, after I played, I was on top of the world and all that anxiety I felt after that, like even until the next day until I got some coffee in my system was gone and I just felt so good. Just so alive. It’s just playing live is, uh, one of the most fun things you can do.- Brenden MacIntosh, Local Artist

Listen to the full TNT here: