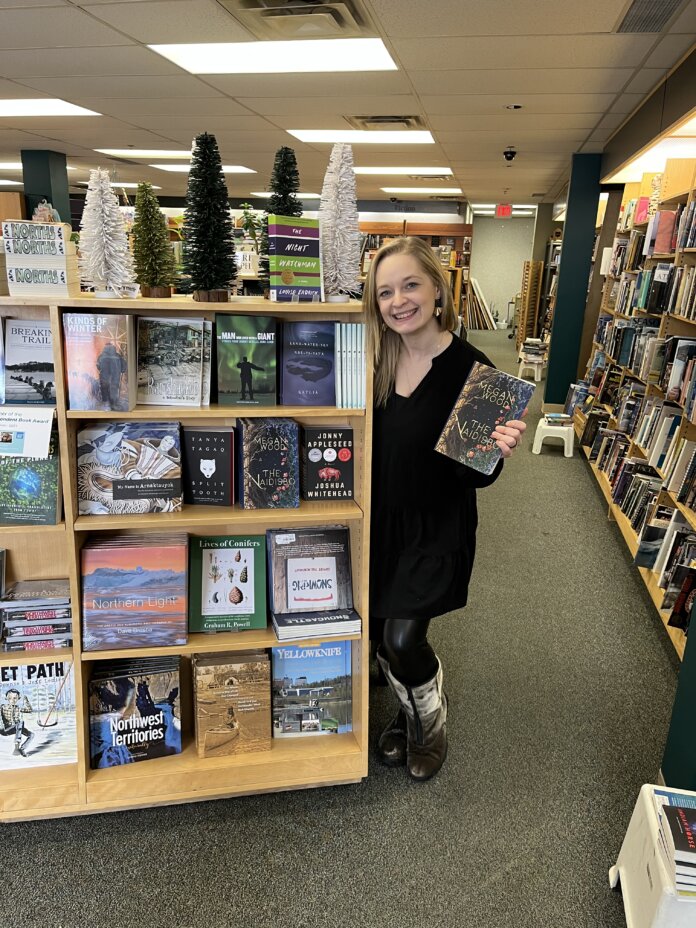 For this True North Tale. I sat down with Northern author, Megan Wood to chat about her book The Naidisbo, as well as her passion for writing and to get my TNT with Megan started, I asked her how she got into writing.

“I think I’ve always been into writing. It’s definitely something I’ve been doing. Like since I learned to read, I loved stories. And since I love stories, I’d love to write my own stories. And I think it goes back as far as when I was in grade four and my teacher said, you know, you could be a writer someday and I’ve been doing it ever since.”

“I pulled from lots of different areas and aspects of my own personal life and my professional. Life. And my work that I had previously used to do as a nurse, working with child and adolescent psychiatry. And so for me, the world that I created, a lot of those landscapes, some were based on the north, some were based on my home, which is in Prince Edward Island and the characters and the character development really dove into. Mental health and the different ways of thinking and processing and working through trials and tribulations that the characters have in the story. And so I drew a lot from my previous experience and some personal things as well, of course, because I think writing is a type of therapy. And so to work through some things, it ends up flowing into your writing.”

Now, Megan could have chose any genre to write a book in. So I asked her why of all of them. Did she choose fantasy?

“I think I was really drawn to fantasy most because, for me, fantasy is a way of escapism from the realism that’s going on around me all the time. And so to be able to kind of escape the reality of work or what’s going on in the News, Politics. It was a way of kind of creating my own world with its own narrative. And that was really why I chose fantasy. I could dive into some hard topics, but make it a little bit lighter and easier to navigate because it’s not real”

Earlier in my chat with Megan. She said she was always interested in writing.So I asked her who was an author that she read growing up that really hammered it home, that she wanted to be an author

And speaking of those kids to finish off my true north tale with Megan Wood, she talks about how she finds a balance between being a mom and being an author

“As a mother of two, there is definitely a fine line to balance often writing. Something that I sneak away and do for tens of minutes whenever I can find the time. And it’s really just about prioritizing that and not going out for me to do something else because I feel like writing is a productive activity for me. So instead of sitting down and watching a show, I’ll often sit down and write, it brings me joy. So it’s worth it.”- Megan Wood, Author of The Naidisbo

Listen to the full TNT here!: