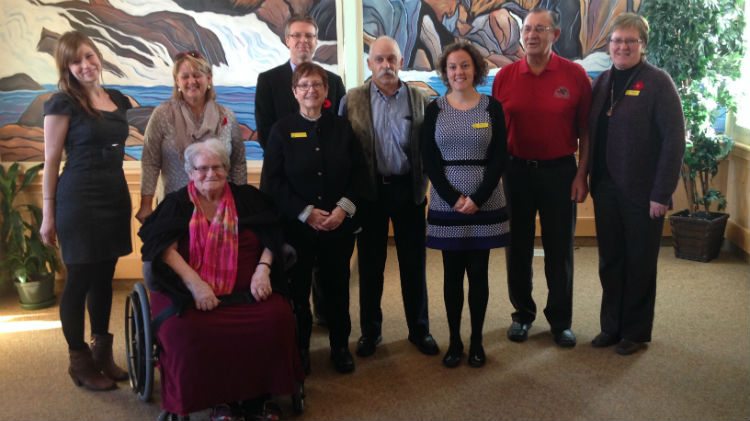 A surprise $100,000 donation to Avens – A Community for Seniors should make life easier for residents and staff alike.

The individual donor, who wishes to remain anonymous, presented the money to the Yellowknife-based organization Thursday.

Avens CEO Stephen Jackson says the donation will allow the facility to move forward on three major projects: installing a sound system for the recreation hall, setting up a podiatry room for seniors to get off their feet and carving out space for a snoezelen room to assist residents with dementia.

“It feels great,” Jackson said of the donation. “Getting a very generous community donation of $100,000 is what a lot of organizations dream about and this is going to help us do so many things for our residents.”

Jackson is confident all three projects will improve the quality of life for Avens residents.

For one, he says the installation of a sound system in the facility’s recreation hall will dramatically help seniors suffering from hearing loss.

“While it’s a beautiful room, it’s very poor for sound quality. The cathedral ceiling in it just eats up all the sound.

“If you’re one of our residents with hearing loss – which is a natural part of aging – this money will allow us to put in a closed loop induction system so people with hearing impairment, they’ll be able to hear every single word someone says in this room.”

The snoezelen concept, meanwhile, should go a long way in assisting seniors with dementia.

Kate Drexler, volunteer and recreation supervisor at Avens, says snoezelen is a form of sensory therapy that’s designed to engage people with the disorder while improving their quality of life.

“Usually it’s a room but it can be done up as a cart,” she said. “Right now we have a mobile cart with some snoezelen artifacts on it.

“The other thing that’s neat is that snoezelen is often used in helping children with autism so it could also open up opportunities for us to do some intergenerational activities with schools.”

Drexler says staff has already been trained on how to use snoezelen. The next step is actually setting up the ‘sensory stimulation room’ for people to use.

Speaking through a translator, the anonymous donor told reporters he didn’t want the donation to be spent on efforts to increase housing.

Instead, he wants to see existing services improved so that the territory’s senior population receive better care.

The donor, who only recently came to Yellowknife, said he was touched by the generosity and kindness of residents upon his arrival.

He told reporters he chose Avens over other community organizations because seniors should be treasured.

“Even though we’ve only been in Yellowknife and the territory for a very short time, every single person that we’ve met or dealt with from the territory are just fantastically nice to us.

“Coming from an ethnic Chinese background, we definitely believe seniors are to be treasured. It’s very much within that culture to take care of your parents regardless of how well-off you are.

“We very much feel like this is our family, these are our parents and we have to take care of them.”