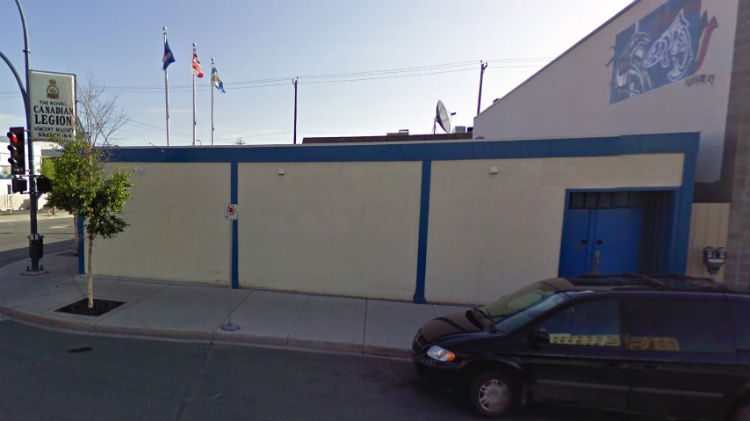 On Wednesday, a Yellowknife woman was sentenced to probation and 60 hours of community service for stealing from the organization while she was employed there.

According to an agreed statement of facts, a financial audit was ordered by the branch in January 2015 after a number of irregularities came to light.

The review found that more than $60,000 was unaccounted for over a period of half a year.

Shortly after that revelation, the president of the branch – Lloyd Lush – ordered surveillance equipment at the Legion to be updated. Cameras were in place beforehand but unbeknownst to management, they weren’t actually working properly.

Within a week of restoring the branch’s surveillance equipment, Lush witnessed Charles steal approximately $1000 worth of cash and alcohol from behind the bar while she was working.

Both the Legion and police can’t prove she was responsible for stealing more.

On January 30, Charles was arrested alongside another employee, though a charge against the second person was later stayed.

‘Her actions changed the Legion’

Before Charles learned her fate Wednesday, the court heard a victim impact statement from Lush.

Within it, he said the organization’s efforts to raise money for the community were wasted thanks to Charles’ actions.

He also said he felt embarrassed for not finding out earlier, and that she abused a position of trust.

In delivering his sentence, Judge Garth Malakoe said Charles was lucky to avoid jail time despite not having a criminal record. Her guilty plea, which avoided a trial, was also taken into consideration.

Although she didn’t address the court herself on Wednesday, Charles’ lawyer indicated that she lost two siblings within the span of two months last fall. She subsequently turned to alcohol as a means to cope.

Charles, who’s been unemployed since her arrest, will be eligible to earn community service hours in Saskatchewan where she intends to move.

Judge Malakoe also recommended that she seek counselling for substance abuse and grieving through her probation officer.