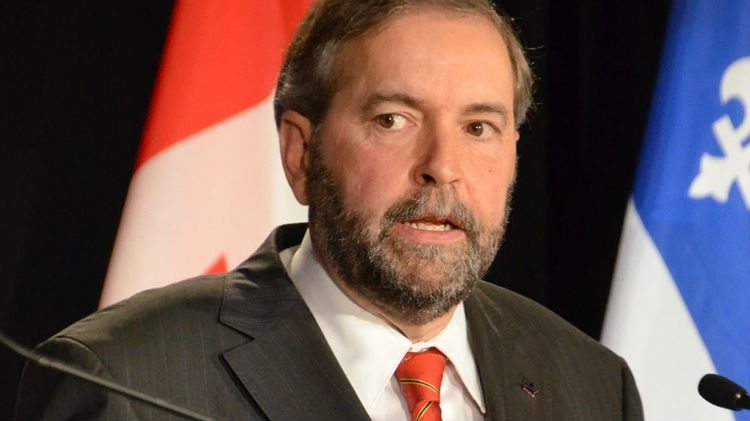 In that letter, McLeod said all responses received by September 18 would be posted online for the public to read.

New Democrat leader Mulcair’s response – dated September 22 – was circulated to reporters by the NDP on Monday.

In his letter, Mulcair says a New Democrat government would encourage investment in the NWT’s small businesses, tourism and clean energy, alongside more funding for local infrastructure upgrades.

Asked how the NDP would help the territory grow its population, Mulcair wrote: “New Democrats will respect Northerners and help make their life more affordable by ensuring that the Northern Residents Tax Deduction keeps pace with the needs of Northern residents and with the inflation.

“Further details will follow when we release our fully-costed platform in the coming weeks.”

Mulcair’s letter reiterates two of his party’s previous commitments: increasing the scope of the Nutrition North food program and building a “nation-to-nation relationship with First Nations, Inuit and Métis”.

There is also a promise to improve internet access in the North, alongside a pledge to invest $2.7 billion nationally – over four years – “to increase affordable housing and reduce homelessness”.

“This body will bring together governments representing the provinces, territories, municipalities, and Indigenous Peoples so that all parties will be able to work towards solutions to the challenges facing their people,” writes May. “For the first time, we will engage First Nations, Métis, and Inuit leadership as full partners in intergovernmental decision-making.”

May would offer federal incentives to the NWT for switching to renewable energy sources, while eliminating subsidies to fossil fuel industries.

The Green Party would also provide low-interest loans to finance infrastructure projects, advocate in support of First Nations land claim settlements, and appoint a Minister for Housing to oversee the introduction of 30,000 more affordable housing units each year for a decade.