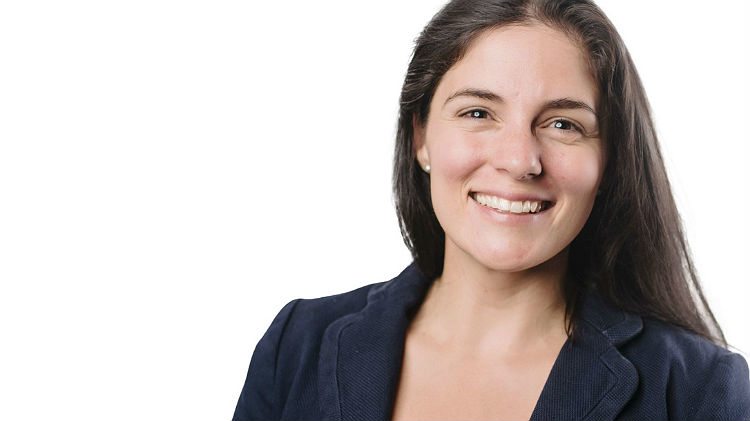 ML: I think I have great skills and I’m really passionate about the development of the North. Second, I chose to use IServeU because I think it’s a tremendous tool to make city politics more inclusive and really know what issues matter to people and what they think.

Did you go to them, or did they come to you?

A combination of both. I’d been hearing about IServeU for quite some time. I thought it was such an incredibly opportunity, an exciting tool and something so practical that makes so much sense. Combining that with my desire to run for city council was a no-brainer for me.

Why, specifically, do you think this is the future for democracy in Yellowknife?

I think there is a gap in city politics, in the way that our councillors are maybe not always informed about the issues that matter most to people and what they think. This tool will really enable that communication. I could be talking to a hundred people around me about what they think, but who am I to say that those hundred people represent what people in the city want to see happening? This will make people able to review information any time, any where – they can vote any time they want, they can see how the vote goes, they can exchange comments about the issues. I think this is very relevant.

No system is perfect. What do you think the challenges will be, if you’re elected and this is implemented?

I can’t think of any challenges, right now, that would make this difficult to work.

Tell us about your background. What do you bring to this and why have you decided to run?

I’ve always been passionate about the development of the North. I’m doing a master’s degree in governance and entrepreneurship in northern and indigenous areas right now, I’ve done a program in Arctic studies before. I’ve worked at Arctic Energy Alliance for four years, working for the development of the North, what it means to be inclusive and develop the North. Now, I’m in a leadership role in one of the mines. I really want to bring my background in business and being a leader, trying to combine social outcomes with financial outcomes – not strictly from a financial perspective but a social perspective as well. I think I have a really good perspective.

Is there anyone on council right now that’s similar to you, do you think?

At this point, no.

So you think you represent something completely different?

I’d say so, yes. The combination of my experience with IServeU makes an offering that’s quite unique.

In the announcement you issued that you’re running, you talk about financial stability and imply that’s not there right now. Is that how you see it?

I want to bring a look at efficiency – how funds are being allocated, how that matches with the plans, how that fits with what people want to see and what they see.

Have you got examples of concerns you’ve had in the past?

I hear from other Yellowknifers – either quality of life, infrastructure, use of land, those are all issues they talk about and that I want to look at.

Let’s talk about quality of life as one of those. How would you go about improving that?

I think IServeU will be an incredible tool in finding out what different groups of people want – what families, young professionals and seniors want. How do they envisage that quality of life?

But often those groups want different things. How will you reconcile that? Not every group of people necessarily wants exactly the same thing, and not all seniors or young people want the same thing. How are you going to play this, if you’re elected using IServeU? Will you go out and advocate certain things, or will you be a blank slate as a councillor – have no platform – and let the public tell you what your platform is?

Well, there are certain things I think are very important: addressing some of the social issues, the use of our land – concerns about the use of playgrounds, parks and trails – and the city infrastructure. It’s finding a way to address these concerns.

So when things like parks, trails and infrastructure come up, you’re going to go to people on IServeU and say: “This is what I believe, and what I think you should vote for. But equally, you can say what you like.”

The way the system works is these motions will be on IServeU. People can review the information, share comments, share it with their friends and express what they think and whether they care. My role, then, is to look at that information and to represent what the majority of people express – if there is such a majority.

So you’re not going to express an opinion on any issue until people have had their say on IServeU and tell you what to think?

Well, first and foremost, I’m a city councillor. I’m a person with my own opinion: my own values, my own opinion. I’m just planning to use IServeU as a way to connect with voters, to find out what they want. Based on the results, I will use my own judgment and experience to see whether people care and what they want to see happening.

You’ll forgive me for pressing on this, I think it’s important. On some issues, will you voice what you think should be the case first – before people vote? If it’s something you feel strongly about, as an individual?

From what you’ve heard so far, what do you believe you have to do to convince people that this is the way forward?

The campaign has to happen on two fronts: communicating who I am and what I bring, and then sharing what IServeU is and how it can be of benefit to them.

The first is standard fare for a politician, the second is slightly new. How far down the road of persuading people do you think you and IServeU are?

You mentioned you’re looking to broaden the range of views you here – but obviously, not everybody is going to have signed up at first. How much effort, after you’re elected – if you are – do you envisage putting in, as a councillor, to get more people into that system?

Hm. I can’t comment on the amount of time I think that would take. I think it’s just a different way to represent the role of a city councillor. I think it’s a big gap – it’s the role of the city councillor to interact with the public, and find out what other people not in the same circles as them think about an issue. Understanding that this is not done that way, perhaps, currently, by city councillors… it’s part of the role.

I think some current councillors would say they do interact with people but they’re not ‘confined’ by this system, if you like. Whereas the system you’re hoping to use – you need people to be signed up for it to work. Do you need to be proactive about pushing people to it, if you’re elected?

The reaction we’ve seen so far is that a lot of people would sign up. People really see a value in this tool, the same value I’ve seen myself. It’s got such huge potential to change the North and the world itself.