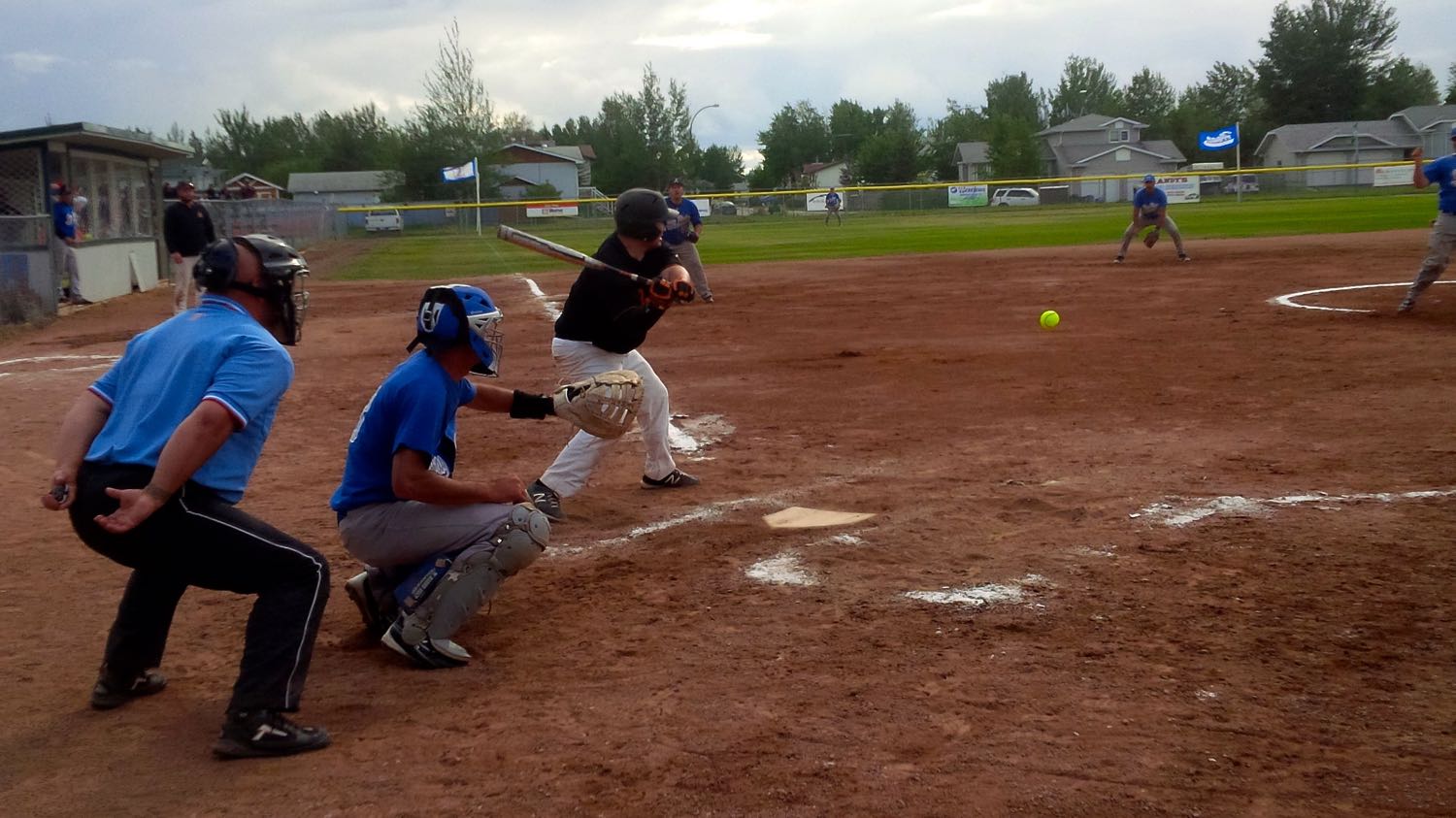 The Hay River Heat are once again fastball champions of the Northwest Territories.

The Heat dispatched another Yellowknife team, Jerrie’s Rockies, to reach the championship game.

Rockies pitcher Floyd Daniels had caused a stir prior to territorials by quitting Hay River’s line-up in order to play for Yellowknife-based teams.

However, Hay River beat Daniels’ Rockies 18-5, mercying the visitors after six innings, as the Heat went unbeaten for three straight games and more than seven hours of fastball to lift the title.

Prior to the weekend’s action, the focus had been on the parting of ways between Daniels and the Heat earlier this summer.

“I had a falling-through with them after last year, so I just kind-of kept my word that I’d be playing on another team,” Daniels told Moose FM last week.

Hay River’s Glenn Smith elaborated a little on what may have transpired, telling Moose FM the Heat had been juggling four or five pitchers this season.

“Once you get that many and you have limited games, sometimes there are differences in opinion on who should pitch and how you can get everyone into those games,” said Smith.

“One of our pitchers decided to play for Yellowknife in June. He left the hometown but we recognize all he’s done for us over the years. He’s one of the best pitchers in the game.”

In pictures: Family day at the ballpark in Yellowknife

“I just haven’t won it with Yellowknife,” Daniels told us at the time. “With them adding me to the Rockies, that brings the field a little more level. Any of the four teams could win now, I think.”

“Hay River citizens love their fastpitch. We usually have lots of people who come out here and it looks like good weather at this point,” said Smith.

Related: Yellowknife’s Tommy Forrest to be reborn, grassed with project

Smith had predicted ahead of the tournament that losing Daniels would not hurt the hosts. “We’ve got lots of pitching this year. We’ve got some young guys coming up. We’re in good shape for pitching,” he said.

Daniels had been prepared for chirping from the bleachers.

“There was heckling going on in June, but those are things you’ve got to learn to ignore. It kind of fuels you up and gives you a little more energy, I think,” he told us last week.