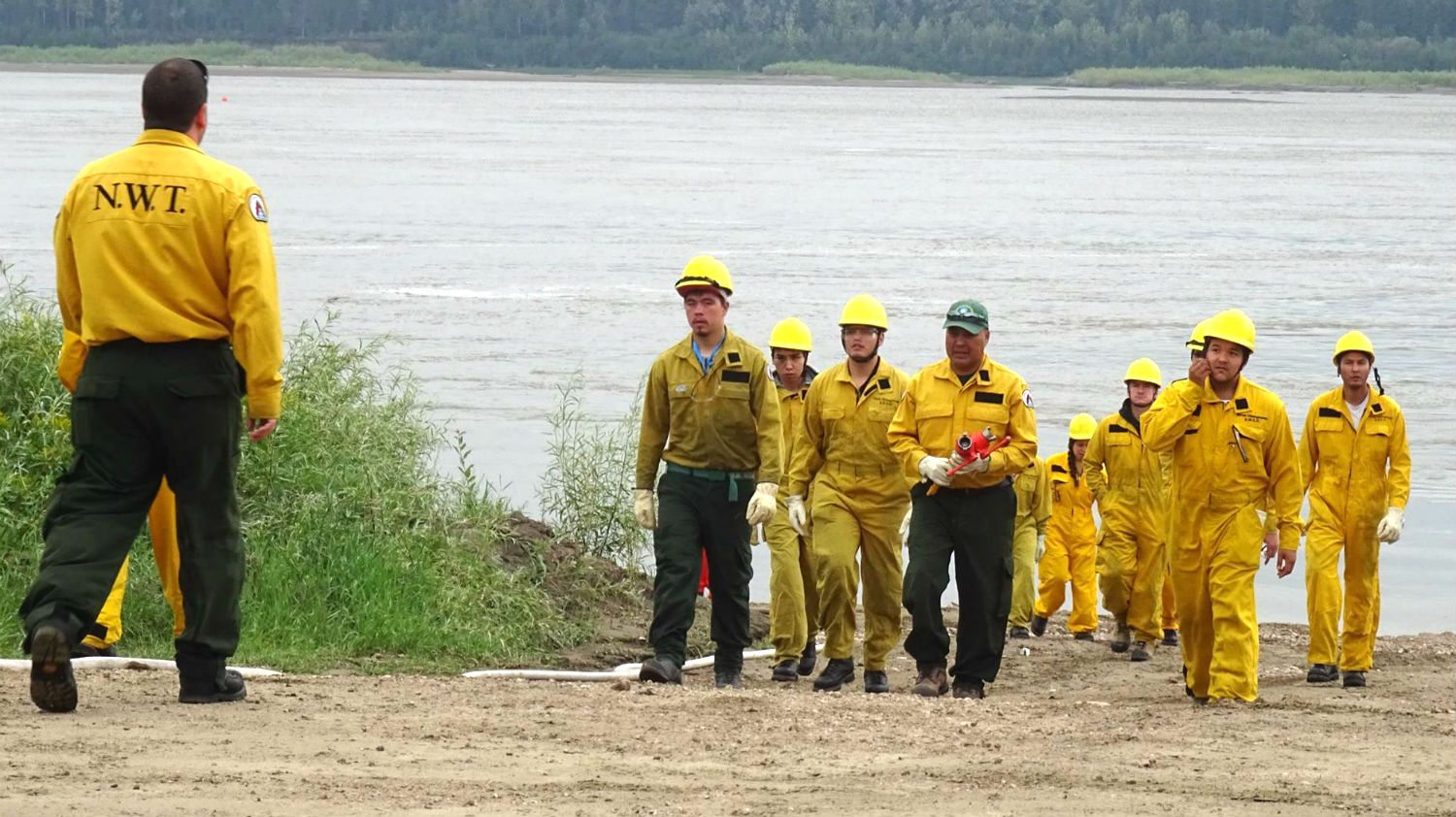 The Northwest Territories is prioritizing the fires it fights as Canada diverts firefighters to provinces with a more pressing need.

Western Canada experienced more than 600 fires over the weekend, according to territorial authorities.

Canadian provinces and territories pool their firefighting resources in these circumstances. While the NWT has requested more backup, other provinces are perceived to have a “dire need” and are first in line.

“Saskatchewan, for instance, is undergoing a series of evacuations of communities,” said Frank Lepine, the territory’s associate director of forest management. “Manitoba is pretty close to that.

“The NWT will be receiving some single resources but no more crews at this time. [But] that may change by the end of the week.”

There are 129 fires burning in the NWT, which has experienced a total of 158 fires so far this season. The 20-year average is 66 fires for this time of year.

“Within Canada resources are very tight. Most people are actively working fires. Things are becoming quite difficult so we really are tasked with making sure we prioritize our fires.

A small bush fire on Yellowknife’s Latham Island, which was tackled by a Department of Environment and Natural Resources helicopter late on Sunday, was caused by children playing with matches according to the territory’s NWT Fire website.

Work to attack a fire burning 60 km south of Behchoko, near Highway 3, was halted by erratic winds and precipitation on Sunday. Olsen says crews will return to that work when conditions are right.

In the South Slave, a wildfire near Kakisa may cause the closure of Highway 1 but is not expected to threaten the community.

Jean Marie River is, however, being directly threatened by a fire. Olsen says the territory has recommended that the community consider evacuation.

“We had seven tankers on that fire last night and we’re continuing to put tankers on it today,” said Olsen. “The fire is out of control.”

Fires near Hay River and Fort Simpson are the other major priorities in the territory.

A series of fires roughly 30 km west of Fort Providence are further down the territorial priority list. “These are a concern in terms of potential growth toward harvesting areas. We’re putting plans in place to limit the impact of those fires once we have the resources available,” said Olsen.

Fires reported near the abandoned Pine Point townsite late last week still pose a “risk to infrastructure” according to Olsen, and will require at least another week to 10 days of work from firefighters.

“The issue we have is we’re going to start seeing a number of our people running to the end of their duty,” said Lepine.

“We’re going to have to start giving people some time off. We’ll look at replacing people as required.”

Olsen described the conditions some of the territory’s firefighters have now been facing for many weeks, with the season not yet at its expected peak.

“It’s not unusual for flames to be in excess of 50 or 60 feet above the height of the trees. The amount of heat coming off that is pretty much enough that it could melt metal.

“You absolutely do not put people in front of that, or anywhere near that, or any direction that it’s coming from.”