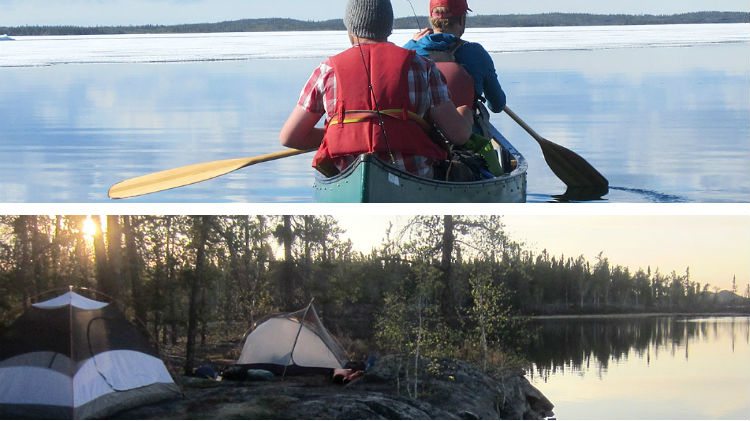 New maps have been launched to help paddlers tackle a range of routes north of Yellowknife.

Arctic Tern, based in Yellowknife, covers 10 routes accessible from the Ingraham Trail in a series of six maps.

Arctic Tern’s Dwayne Wohlgemuth and his partner, Leanne Robinson, say canoeists didn’t have the information they needed to paddle the routes safely – so the pair set out to come up with their own accurate maps and guides.

“Leanne and I have been working over the last year or two to create the maps,” Wohlgemuth told Moose FM.

More: View the choice of maps on Arctic Tern’s website

“They are full topographical maps along with route descriptions, portage details and access information. We’ve created a one-stop resource so people can buy this map and go out and paddle the route – without finding someone who’s done it already, or separate maps.”

Wohlgemuth selects the Pensive Lakes loop as a personal favourite. The 60km route starts toward the end of the Ingraham Trail, heading up a small creek then circling through a series of larger lakes before joining up with the Cameron River. “It’s a really cool trip and has a variety of paddling,” he said.

More maps are on the way, featuring bigger, longer trips spanning several weeks along some of the territory’s larger waterways.

Up till now, Wohlgemuth says paddlers have been relying on outdated government brochures for trips large and small.

“People would go out with these old brochures and get lost on the way,” he said. “They need a better map. We definitely recognized the need there, and the lack of a map was almost dangerous.”