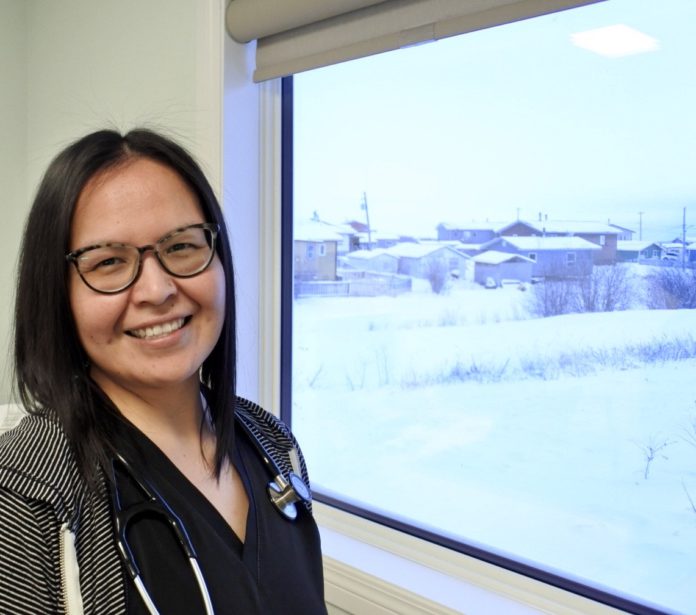 Lianne Mantla is a Registered Nurse from Behchokǫ̀, NT. She has a diploma in Nursing from Aurora College and a Bachelor of Science in Nursing from the University of Alberta.

Throughout her life, Lianne’s parents instilled a strong sense of cultural identity. Her mother works as a Tłįcho culture and language coordinator, and during his lifetime her father was a traditional hunter and trapper. Her ability to bring traditional language and culture into her nursing practice is a unique strength and benefit for her community. Lianne was also the first person from the Tłįcho region to obtain a degree in nursing, a proud fact for her and many of the elders in the region.

In 2014 Lianne received Health Canada’s Award of Excellence in Nursing from the First Nations and Inuit Health Branch. She currently works at Hotıì ts’eeda as the Patient Engagement Specialist but has been working with the Covid-19 Immunization Response Team as a vaccine nurse since January of this year.