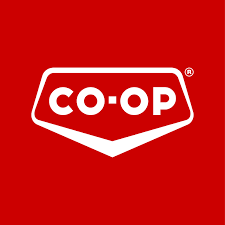 Earlier this week on April 19th, Yellowknife Co-Op Board of Directors announced it will set up a $50K support fund to help local food security.

The Yellowknife Food Bank was the first to receive money $10000 donation on Monday April 20th.

The Moose 100.1’s Greg had a chance to talk to Jeff Kincaid from the YK Co-Op and ask him how the fund worked.

“Co-ops were always part of the community and we really kind of take community issues to heart. We’re made up of people in this community. We don’t have shareholders at other areas so really we can focus our entire concern on Yellowknife, on our members.”

During this time he says the Co-Op  knows that groups that tend to help a lot of the people in need at this time we’re unable to perform the tasks.

“We wanted to get in there and kind of help them get their feet back under them.”

Once they are able to start up again by giving them some funds to replenish their inventories to get a head start at getting some some food and some of those back to people in town that either temporarily or or on an ongoing basis rely on assistance from these organizations.

“We work closely with a few of the bigger organizations and so we’re in the process of talking to everybody that’s involved to see where the funds are most needed and we’ll direct them basically to the highest need first.”

YK Co-Op prioritizes that with the volunteers that run those groups to know where the funds need to go.

“We will be making another announcement tomorrow (April 23rd) for another $10,000 that will be going out to a community group and then from there we’ll have to consult with them and see where we can direct the money to do the most good. “