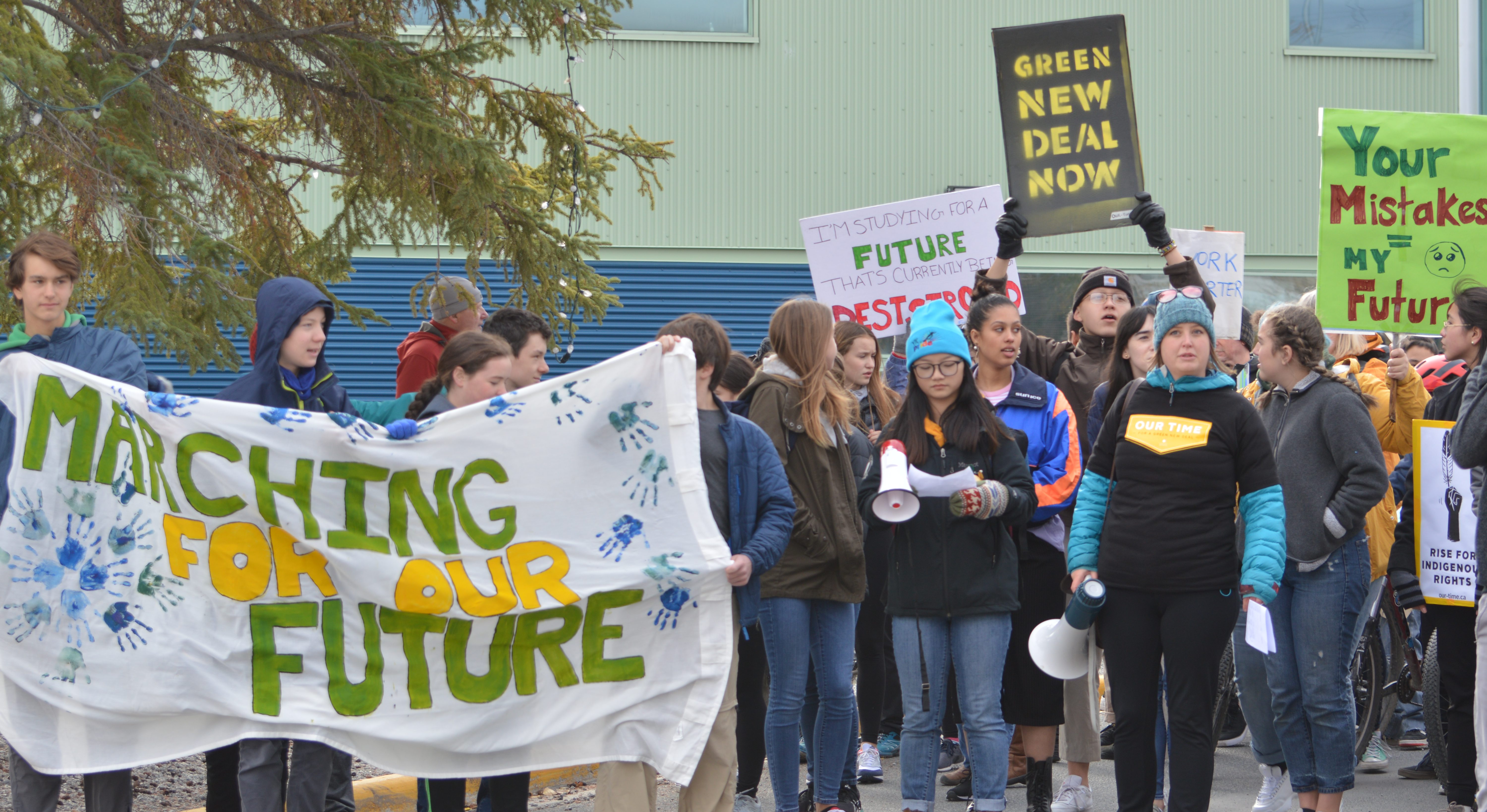 After originally refraining from taking a public position, Micheal McLeod, MP for the NWT, has told local organizers he will ‘vote in favor of motion M-1 for a Green New Deal as it is currently presented.’ He is the first Liberal in the country to pledge their support for this private member’s motion, tabled by NDP MP Peter Julian.

The motion calls on Canada to deliver a Green New Deal that cuts emissions through a just transition, creates millions of well-paying jobs, enshrines Indigenous rights, and is developed in full partnership with frontline, marginalized and vulnerable communities.

The decision from McLeod came after mounting pressure for climate action from across the NWT. Our Time – Yellowknife, a local youth-led group pushing for a Green New Deal alongside their counterparts in other cities, recently launched an open letter calling on McLeod to commit to governing for a Green New Deal.

Letter signatories come from across the territory, from Fort Smith to Ulukhaktok, and include students, parents, teachers, Indigenous leaders, Elders, union representatives, artists, authors, MLAs, city councilors, and concerned citizens from many walks of life.

Pretty Ngo, an organizer with Our Time – Yellowknife and grade 10 student at Sir John Franklin High School noted that this really shows the power of community organizing.

“Initially, we received no response from McLeod, and then he wouldn’t take a public position on it. Then, we created so much public pressure that he gave in. I think this goes to show how we can make real change.”

As for McLeod, there’s a sense among climate organizers that he has a way to go to becoming a true climate leader.

Ellen Gillies, another organizer with Our Time – Yellowknife stated that committing to vote for M-1 sets a great example as a first step, but that they want to see McLeod show leadership in advocating for climate justice within his party.

“This could begin with him issuing a statement of support for the Wet’suwet’en Nation, and adding his name as a seconder to Motion M-1 for a Green New Deal. Both of these actions would go a long way in influencing change.”

McLeod’s office has said he will not be formally seconding the motion because he has some minor issues with it, but did not state what those were.