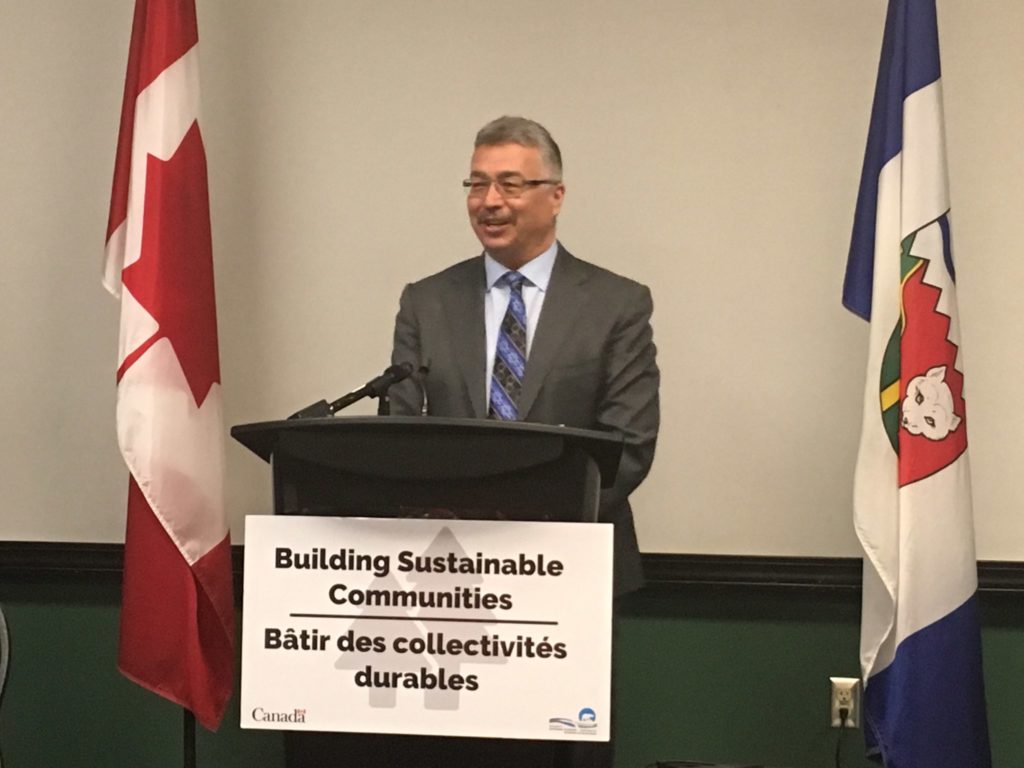 An open letter signed by young people and their allies from across the Northwest Territories is calling on Member of Parliament Michael McLeod to commit to governing for a Green New Deal.

The letter describes a Green New Deal as an ambitious plan to tackle the climate crisis at the scale that science and justice demand, while upholding Indigenous rights and leaving no one behind in the transition to a green economy.

“Young people have been mobilizing in massive numbers for climate justice,”  Pretty Ngo, an organizer with Our Time Yellowknife and Grade 10 student at Sir John Franklin High School said. “The broad support for our letter shows the power of coming together to demand action from our leaders. Northerners are on the frontlines of the climate crisis and we want a Green New Deal, the only plan that meets the urgency of this crisis while making life better for everyone.”

Signatories of the letter are from across the territory, from Inuvik to Fort Smith and Ulukhaktok to Deline. Among them are youth climate strike organizers and their teachers, Elder and former Chief of Smith’s Landing First Nation Francois Paulette, artist and environmental and mental health advocate Leela Gilday, MLAs Rylund Johnson and Kevin O’Reilly, labour leader Jack Bourassa from PSAC North and concerned residents from all walks of life.

Meanwhile, in the House of Commons, Member of Parliament Peter Julian has filed a notice of motion in support of a Green New Deal. Motion M-1 calls on the House of Commons to take the position that it is the “duty of the government to create a Green New Deal.” People across Canada can show their support for this motion by collecting signatures in support of a petition mirroring the motion.

“Young people made sure this was the climate election and we’re not going anywhere,” Thomas Gagnon-van Leeuwen from Our Time Yellowknife said. “We urge Mr. McLeod to support this motion and listen to his constituents by publicly committing to govern for a Green New Deal. We’re prepared to do what it takes to ensure that this new government takes the bold and transformative action we need to avert catastrophic climate breakdown, while promoting justice for all at the same time.”

Michael McLeod has agreed to meet youth organizers from Our Time Yellowknife next week. Northwest Territories residents are invited to sign the letter at https://tinyurl.com/mcleodletter.

“The Throne Speech recognized that the majority of Canadians voted for candidates who support bold climate action and recognized the climate crisis is a top priority,” added Gagnon-van Leeuwen. “Now, we’re waiting for our elected leaders like Michael McLeod to keep their promises. That means rejecting dirty fossil fuel projects, like the TransMountain pipeline and the Teck Frontier Mine, and moving forward with a made-in-Canada Green New Deal that respects the unique realities of Northern, remote communities.”

The open letter and the motion come on the heels of the COP 25 global climate summit in Madrid, Spain, where Indigenous people and civil society are pushing the Canadian government to ramp up its climate ambition and respect Indigenous rights.