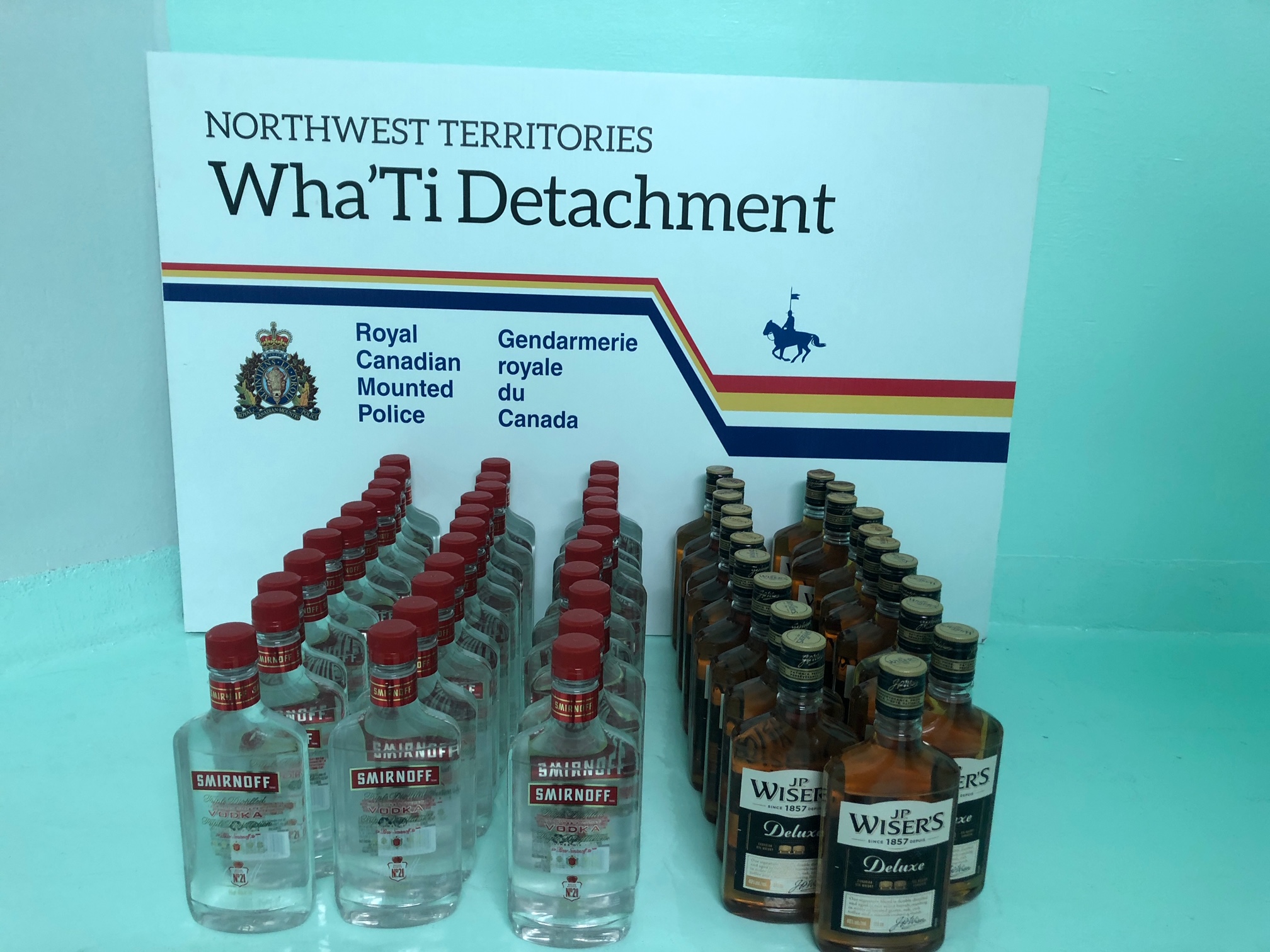 Over one hundred bottles of liquor were stopped from entering Whatì by local RCMP due to alcohol being prohibited in the community.

Sergeant Ken Beard, Acting RCMP South District Officer stated that these seizures are significant for a small community of just under 500 people.

“Substance abuse remains a top priority for the Whatì detachment. The illegal sale of alcohol is targeting their most vulnerable citizens, and this seizure helps in reducing the harm caused by illegal alcohol in the community.”

The investigation is still ongoing, and police hoping to lay charges under the NWT Liquor Control Act.

Anyone with information on illegal sales of alcohol is asked to call Whatì RCMP at 573-1111.