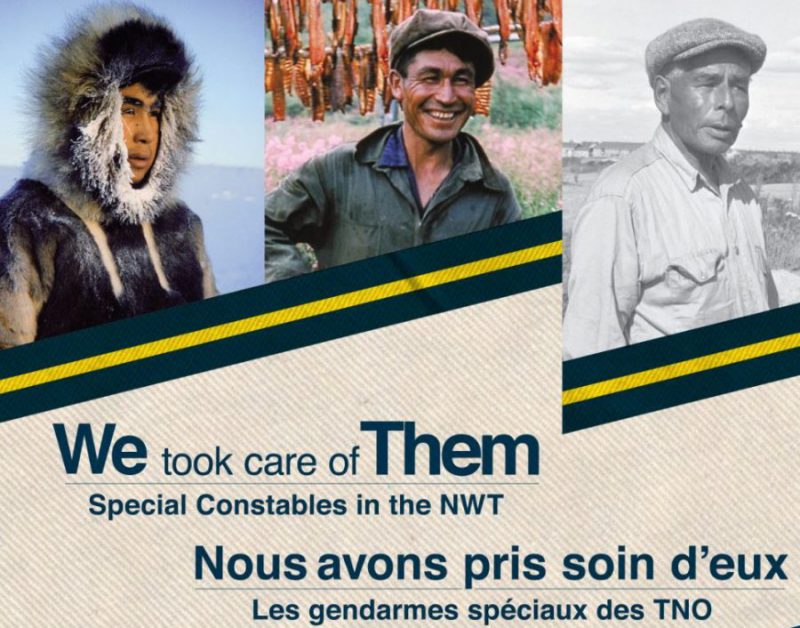 The Premier’s Award for Collaboration was awarded on June 10th to a team of representatives from GNWT Department of Education, Culture and Employment (Prince of Wales Northern Heritage Centre), Department of Justice and the RCMP.

The award was given for the collective work on the exhibit ‘We Took Care of Them: Special Constables in the NWT’, the accompanying website developed to highlight the exhibit and the interactive travelling exhibits.

The Prince of Wales Northern Heritage Centre was recognized with a Canadian Museums Association Award for Outstanding Achievement in an Exhibition for the main exhibit back in April.

“The collaboration between the people of the NWT, RCMP and GNWT in bringing the history and importance that Indigenous people contributed in relation to policing in the North, honours the important roles Special Constables and their families played.”

A website was developed to highlight the exhibit, allowing people from across the North, Canada, and all over the world to learn about the contributions and highlights of the Special Constables. The website was translated into all 11 official languages of the NWT.

A final component of the project was the development and creation of interactive Travelling Exhibits. These exhibits, one for each of the six regions of the NWT, and one extra for use outside of the Territory, allows for RCMP members to interact with their communities, elders, and families in sharing the history and experiences of the Special Constables.

Zettler adds that the historical and cultural significance of the exhibit, the website and the travelling exhibits, honours the outstanding work done to bring this to fruition.

“The work highlighted the interagency partnerships, strong leadership, research and recording of traditional knowledge and innovation and creativity to bring these stories to life in the three projects of the Exhibit.”

The main exhibit can be viewed at the Prince of Wales Northern Heritage Centre in Yellowknife.