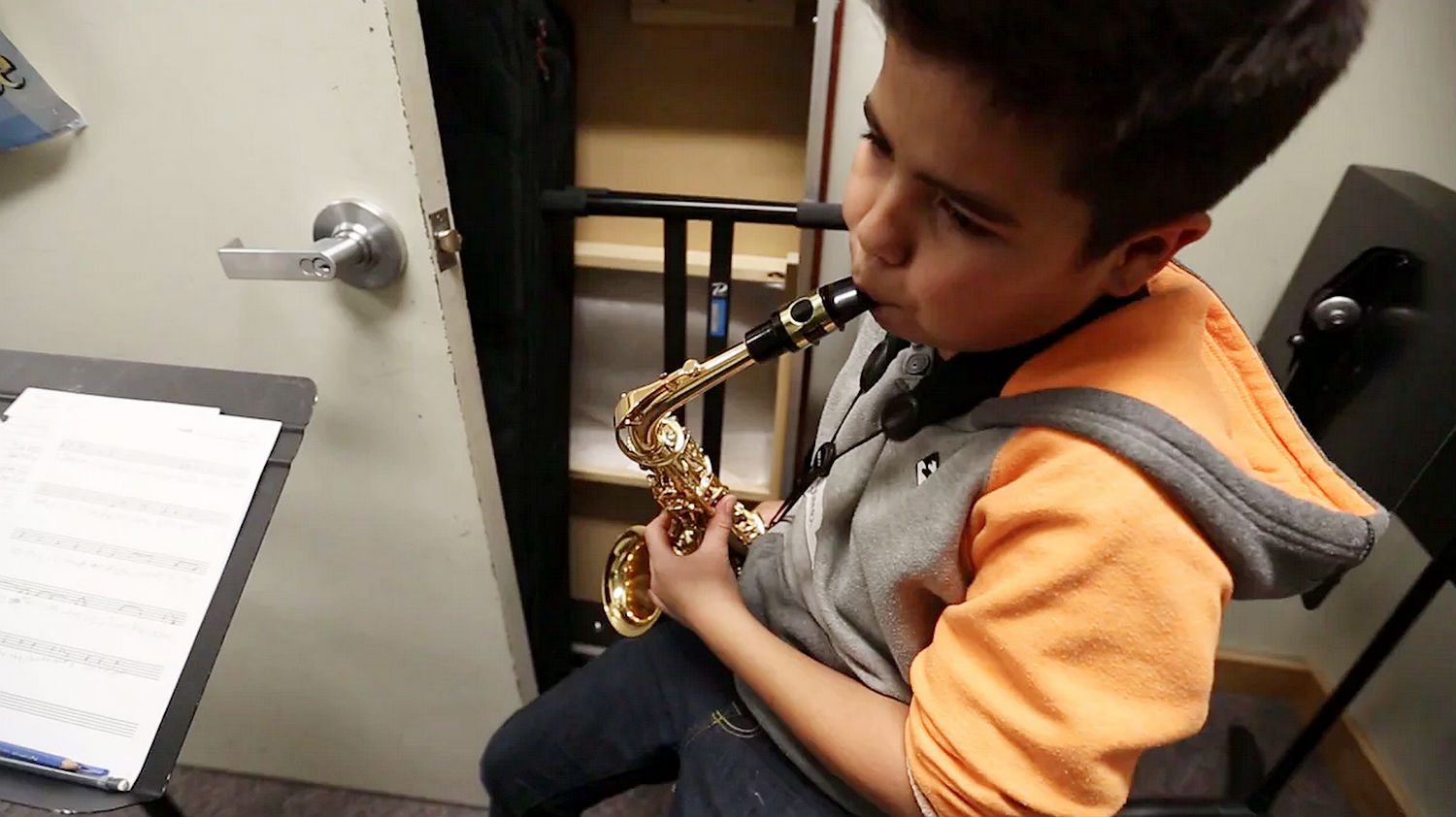 In November and December 2014, a group of composers set out to make music with children from six Northwest Territories communities.

The result will be an evening of music on-stage at the Northern Arts and Cultural Centre in May.

But we’ll also be treated to a fly-on-the-wall documentary dubbed Way Up North, following the composers as they work with students in Yellowknife, Hay River, Norman Wells, Inuvik, Fort Smith and Fort Simpson.

Over the past week, PJ Marcellino and Hermon Farahi – the filmmakers behind Way Up North – have released a series of short clips giving us a glimpse of the finished product.

On this page, you can watch all four videos.

Jeffrey Ryan is one of the composers featured in Way Up North. He worked alongside Yellowknife composer Carmen Braden during his time in the NWT.

“I trust that PJ’s leaving out all the embarrassing things I did when I forgot the camera was on,” Ryan joked on his blog.

“The choir members are learning their music right now, and the show is still to come at the end of May, but PJ’s been busy with the wealth of material he’s already got.”

Ryan says the film will premiere in October at the Yellowknife Film Festival.

In an earlier blog post, the composer described the process of sitting down to create a finished composition from his work with a hundred northern schoolchildren.

Ryan said it had taken him three months to sort through 97 melodies and produce a 25-minute piece.

“I managed to get in more melodies than I’d expected,” he wrote. “I thought I’d be able to include at most 20 pieces, but it turned into 26, just over a quarter of the total. So each community is represented by a minimum of four pieces.

“I’ve already heard that the singers in Yellowknife have been working on it and found it ‘rhythmic and fun’, which pleases me.

“It is so satisfying that 26 young people have their compositions as part of this big piece, and that 70 young people from across the Northwest Territories will come together to perform it.”

Students from the six communities are currently rehearsing their parts – including a processional, where choir members must sing while walking to the beat.

From May 27-29, those students will convene in Yellowknife to fine-tune their performance. The full, finished product, entitled Listen Up!, will be performed at the Northern Arts and Cultural Centre on May 30, featuring classical artists the Gryphon Trio.