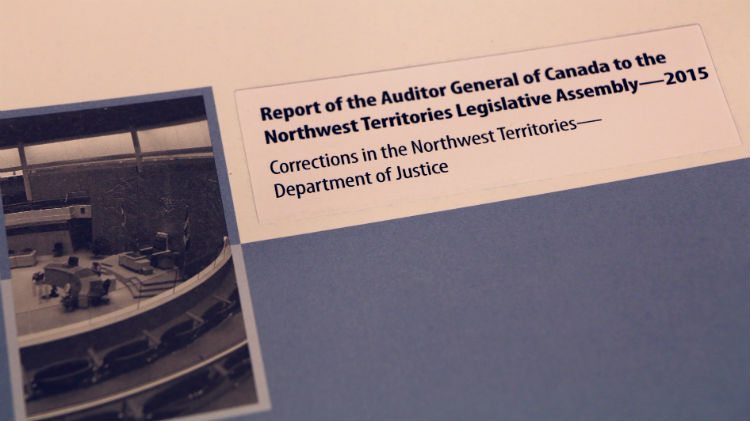 Officials in charge of corrections in the Northwest Territories promise action is being taken to fix a range of problems outlined in a major report.

Earlier this week, Canada’s auditor general said jails in the NWT were not meeting “key responsibilities for the rehabilitation, safety, and security of inmates”.

That included a lack of programming to help inmates, poor mental health services, gaps in health and safety and inadequate staff training.

While the Department of Justice is conducting a number of reviews into what’s going wrong, the report suggests some recommendations from similar, past reviews went unheeded.

This time, the justice minister has promised Moose FM swift action will follow.

“I’ve had that discussion with the department. A number of questions have been asked, reviews have been done – why hasn’t the work happened?

“Those are legitimate questions that need to be answered. It’s my goal and my job to ensure that this happens.”

Read: Not much rehab, not much hope – report damns NWT’s jails

Ramsay added: “We’re going to continue to ensure these recommendations aren’t just left on a shelf somewhere and not actioned. We need to action these things.

“It’s not the first time we’ve been told some of these things and it’s time to clean that up.”

On Wednesday, deputy minister Sylvia Haener and Monty Bourke, the director of corrections in the NWT, explained to Moose FM why so many problems have arisen and what is being done to fix the system.

“We’re a pretty thin organization. We don’t have layers and layers of management or lots of backup for many specialized positions we have,” she said.

“That means, when people choose to move on or leave us, it can leave a substantial gap and we often have difficulties filling those gaps.”

She directly addressed one area of concern in the report, in which Yellowknife’s North Slave facility was left with one psychologist for 140 inmates – with even that position unfilled for a number of months.

“We had an individual go on maternity leave,” she explained.

“When you have one individual working in a facility in a specialized role, that poses real difficulties.

“We need to be more proactive in our planning, engage human resources and have strategies in place.”

Bourke, who joined NWT corrections just before the auditor general’s investigation began in 2013, agreed with the report’s conclusion that management issues lay behind many problems.

He says more managerial staff will help to ensure the directives governing facilities are properly followed, rather than overlooked. The report suggests the latter was routinely the case between 2012 and 2014.

“My focus has been building headquarters capacity to address these substantive issues as we move forward,” said Bourke.

One example he highlights is a change to the way segregation of inmates is monitored. This was criticized in the report, which said there were no “adequate records” relating to segregation, and management could not therefore know if inmates were being “managed safely”.

“On any given day, I know how many inmates are in segregation, why they are there, and the wardens are presenting a five-day review which includes the future: how do we desegregate, how do we move offenders back into the population?”

Haener denied that the report’s criticism of NWT corrections, days after apparent confusion over the release of a sex offender back into the Yellowknife community, meant the public would lose faith in the Department of Justice.

“I don’t think there is an issue with public trust,” she said. “We work very closely with the RCMP and (in relation to the sex offender incident) the response by the RCMP and by us speaks for itself. We immediately recognized a need to improve processes and collaborate better.

“I think our response to the (corrections) audit demonstrates that as well.

Haener did, however, acknowledge her department needed to improve its transparency, to demonstrate action is being taken.

“Pieces of the work we’re engaged in will become public,” she promised.

“We have a desire to, as much as possible, provide information to the public.

“A good example would be the directives (used to govern corrections facilities) – that’s something we can probably make public at some point. There might be some restrictions there to support security in our facilities but that’s an aim that we have.

“We want to make sure people understand we take our responsibility seriously, and part of that means we do need to be transparent and report on progress.”