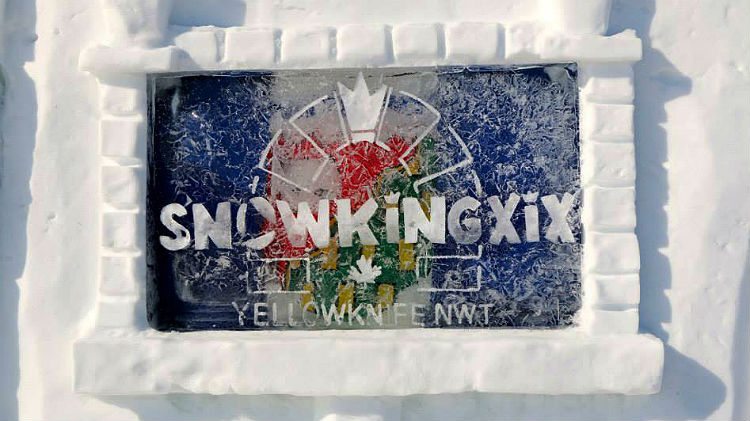 Yellowknife’s Snowking is preparing to unveil his 20th anniversary castle on the frozen Great Slave Lake.

The grand opening takes place at noon this Sunday, March 1.

“Because it’s our 20th, we want to stuff a lot of stuff in that castle, so we had to have the space,” Snowking told Moose FM.

“People are going to find it’s a really huge castle this year. We’ve taken our ice masonry to an even bigger level.”

For a second successive year, Snowking said cold temperatures had delayed construction – and there is now a rush to complete several remaining walls before Sunday’s opening.

“The cold weather was really tough for us and hard on the tractor,” he said.

“I broke it a couple of times. Luckily our good friends at Ron’s Auto were able to fix it right away.

“Back in the old days we used to just use a snowblower and build with bricks – that gave us a 22-inch wall. But in late March, the outside of the castle would start to deteriorate. We once lost a portion of wall and had to shut her down sooner.

Sunday’s opening ceremony will include a contest to guess where the castle’s entrance is located. The front door has been built but is currently hidden from view.

“We have our door installed in the snow but we haven’t revealed it on the outside,” said Snowking (pictured, right).

“You’ve got to figure out where you think the doorway is going to be and stand there. If you’re lucky enough to see a saw poking through the wall at noon on Sunday, that’s where the door is being cut.”

He added the first few people into the castle will “be let in with a treat”.