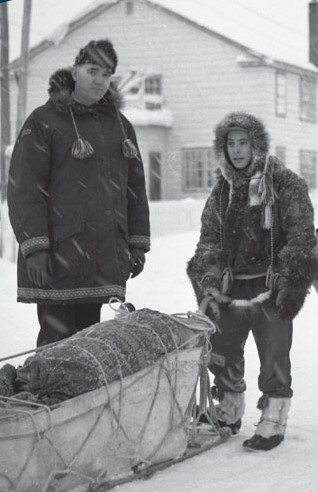 The Prince of Wales Museum is now running an exhibit on Special Constables of the NWT.

The exhibit highlights the relationship between RCMP and Indigenous peoples in the north.

The Museum held the grand opening on Thursday night.

“The RCMP’s come into our communities, our territories and we’re very observant,” says Former NWT Language Commissioner Sarah Jerome, who spoke at the opening ceremonies. “We don’t say very much. We don’t talk very much. We don’t ask questions, but we do observe.”

Minister of Education, Culture and Employment Alfred Moses initiated the exhibit in 2013 after a conversation with his father. He confirmed with Moose FM that there are plans to bring the exhibit to other NWT communities.

“It’s not about timing,” says Minister Moses. “I think this is far beyond due. It’s something that we should continue to promote and acknowledge. I’d tell anybody that there’s probably somebody that they know, a family member or friend, that was a Special Constable and helped make the North what it is today.”

We Took Care of them: Special Constables of the NWT is at the Prince of Wales Museum and will run over the next 3 years.