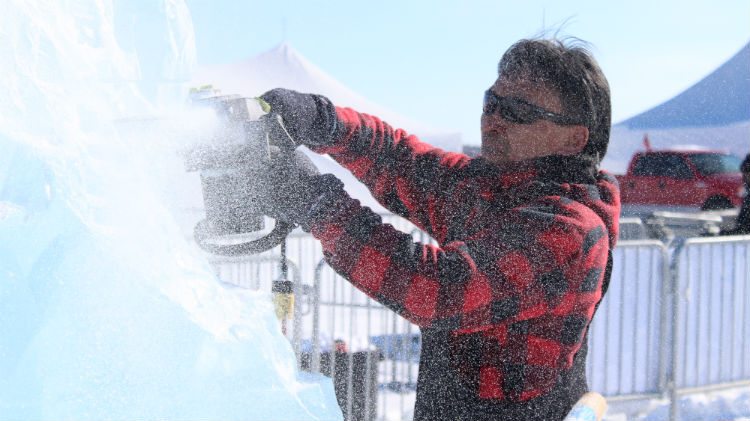 The 10 teams in the Inspired Ice Carving Competition started work on their creations out on the lake Thursday, carving away at their creations for judging. They’ll work for upwards of 12 hours a day until 4 p.m. on Satuday.

The teams come from all across Canada and even three American teams made it for the annual competition.

“The circuit is huge on a global scale,” said Ken Diederich, executive director of the National Ice Carving Association, which has 350 members globally.

“Every country has ice carving, it’s featured in all of the Olympics, it’s huge in the United States … so Yellowknife is a little young in the ice carving community.

“This is our sixth year doing it off of the lake, and in those six years it’s grown to where now we have a prestigious lineup waiting to come.”

One of the attractions is the ice harvested out of Great Slave Lake, known as Crystal Blue Aurora.

“The quality of the ice is one thing but the ice here is very unique because it comes from Great Slave Lake,” he said.

“That ice is not man-made or controlled.”

Yellowknife’s recent mild weather means smooth sailing for the carvers; but it’s not the ice that keeps bringing Diederich back.

“Year and year it’s some new faces and some returners,” he said.

“It’s a great city, it’s a great place to come, the people and the hospitality’s been fantastic so Yellowknife’s making a mark not only because we have ice coming out of this lake but because of the community.”