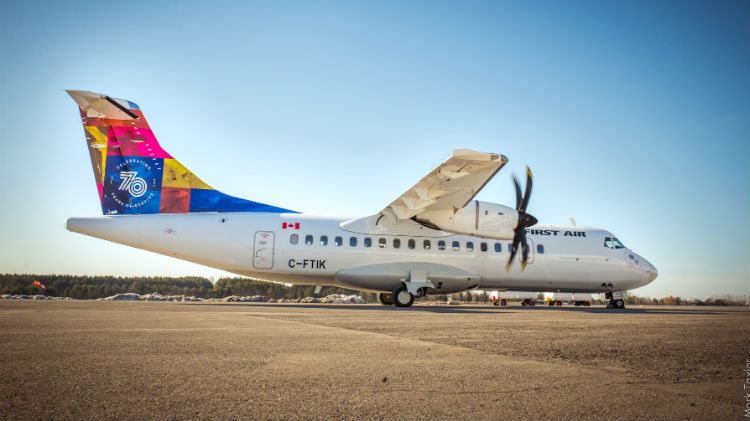 First Air has notified Canadian North that it will terminate their codeshare relationship effective May 16, 2017.

“The codeshare achieved the efficiencies and schedule improvements that First Air had hoped for,” said Brock Friesen, president and CEO of First Air.

“However our customers have told us that they strongly prefer to fly First Air on its own.”

The notice period provided by First Air is consistent with the agreement between the two airlines.

Earlier this month, First Air announced that all six of its recently purchased ATR42-500s will be in service by early-2017, bringing its fleet to a total of 13.

“First Air now has ample fleet to provide a robust schedule in both the Eastern and Western Arctic,” added Friesen.

Customers holding reservations beyond May 16 will automatically be re-confirmed on a new flight if their flight schedule has changed.

The codeshare agreement between the two airlines was first announced in May 2015, and came into effect three months later in August.

The practice of codesharing allows airlines to combine flights and reduce operating costs without merging.

Around the time the agreement was announced, both airlines called Canada’s North one of the most challenging geographical and economic environments anywhere in the world.