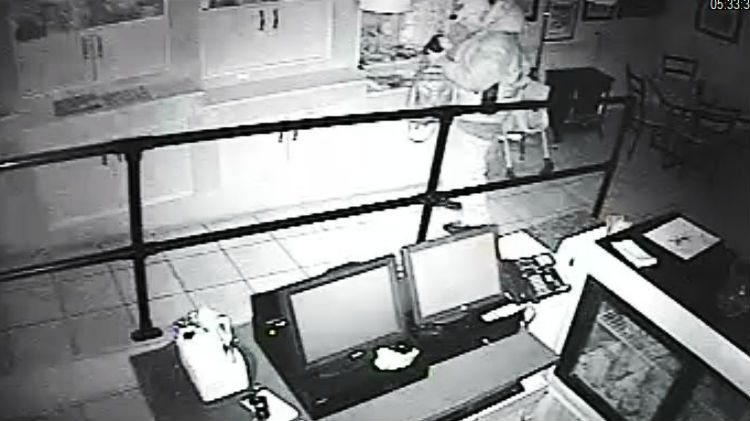 RCMP in Yellowknife are asking for your help in identifying a thief who stole valuable artworks from the Dancing Moose Cafe.

The theft took place in the early hours of Thursday morning. The thief took four large carvings, including a white polar bear on a stand, alongside 24 bottles of wine.

Police have released images of the suspect taken from security cameras, saying the individual “appears to be a male wearing a light colored parka with a dark stripe on the side, a light baseball cap, and dark shoes”.