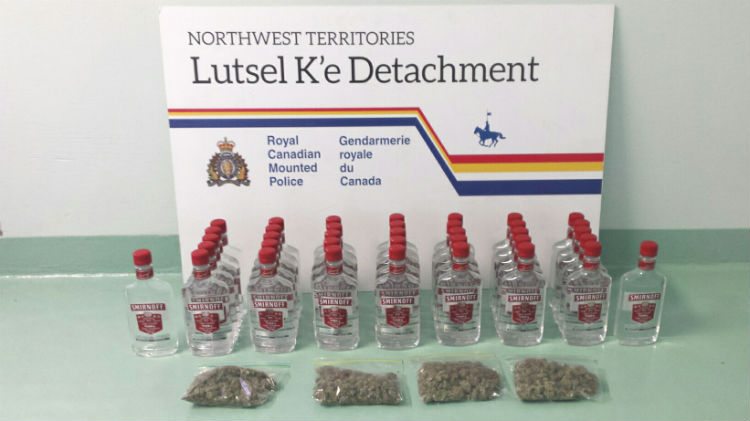 Police say charges are pending against four people after officers seized liquor and marijuana destined for the dry community of Lutselk’e, roughly 187 kilometers east of Yellowknife.

The charges were announced Tuesday after police conducted two separate seizures on Monday.

Lutselk’e RCMP say three males and a female are facing charges under the territory’s Liquor Act and Controlled Drugs and Substances Act.

“Lutselk’e is a prohibited community where liquor is illegal by the Northwest Territories Liquor Act,” read a statement issued by police.

“Bootlegging has been an issue in the community and seizures of alcohol help curtail problems that come along with the abuse of alcohol.”