Francophone school case could go to Supreme Court of Canada 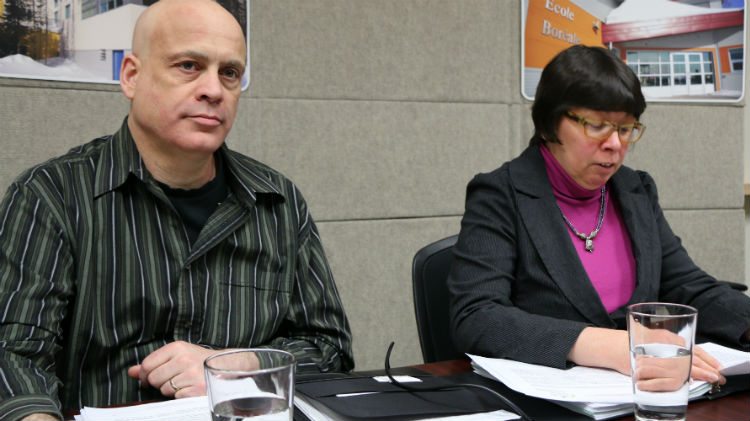 Canada’s highest court of appeal could be the next venue for a dispute over francophone school facilities in the Northwest Territories.

The NWT’s francophone school board and parents’ association say the Supreme Court of Canada could be an option in their ongoing legal battle with the territorial government.

In 2012, a judge ordered the GNWT to provide for the expansion of francophone schools in both Yellowknife and Hay River.

However, the NWT Court of Appeal last week ruled in favour of the government, overturning that decision after more than two years.

The appeal court ruled the judge in the initial case had mistakenly inflated the number of students eligible for francophone education – a conclusion disputed by the school board’s president, Suzette Montreuil (pictured, right), who believes student numbers have been affected by a lack of investment.

“The lack of adequate infrastructures in both schools had a negative impact on the development of the minority community,” said Montreuil on Monday.

The Supreme Court of Canada is the country’s ultimate court of appeal, and only chooses to hear cases believed to be of national merit, or which settle an important point of law.

“We’re satisfied that if this matter went to the Supreme Court of Canada, they would likely hear it and the francophone communities would likely be successful,” said Lepage.

While no decision to take that route has yet been made, Montreuil says the funds are there if necessary.

“We were very serious about our needs and we put a lot of resources, in terms of time and finances, into seeking out an answer to our needs,” she said.

“[But] there are some funds available in terms of appealing to the Supreme Court of Canada. Appeals are not the big expense, it’s the first case that is.”

Last year, the dispute over francophone school facilities resulted in uncertainty for students with the YK1 school board.

YK1 had been asked by the territorial government to examine whether it could hand over a school to the francophone board, to help meet the requirements of the 2012 court decision. Some students would have been forced to move to another school as a result.

The YK1 board eventually decided to keep all of its facilities in place.

Last week’s appeal court verdict does specify, while upholding the GNWT’s appeal, that the territory must look at providing additional facilities in the future.