Stanton Hospital work camp no longer being built in Yellowknife 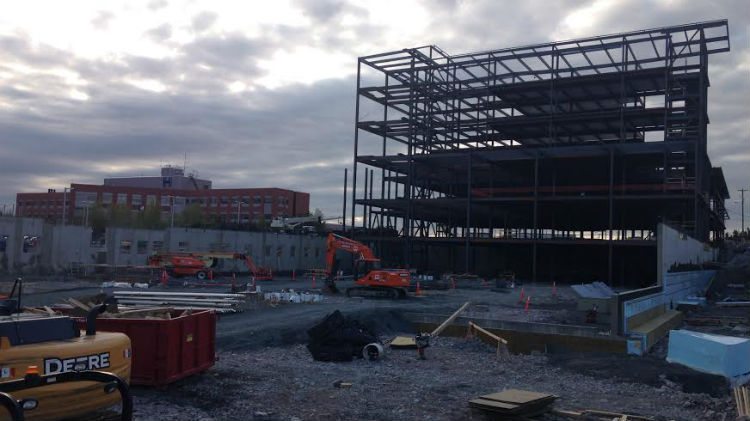 It turns out the proposed Stanton Hospital work camp, which was the subject of a couple Yellowknife council meetings, is no longer needed.

The camp, which was intended to be built behind the Yellowknife Fieldhouse, was expected to house up to 150 people working on the multi-million dollar project.

Originally, it was going to be built near a Kam Lake neighbourhood before that idea was shot down by locals and council.

An area behind the Fieldhouse was later approved as an alternate location, but now it turns out work won’t even happen there.

“It is not in the design-builders’ best interest to develop temporary accommodations,” read a statement issued by the Bird/Clark Stanton Joint Venture, the group responsible for building the hospital.

Instead, out-of-town workers will be housed by local vendors.

Earlier this year, Brothers told Yellowknife councillors the hospital project would be ‘devastated’ if a work camp wasn’t built in the city.

“If we couldn’t put this in place, the project would probably be devastated,” he said at the time. “We have to have a facility that will house that many people for the duration of the project.”

Despite last week’s announcement that there won’t be a work camp at all now, Brothers says construction of the hospital remains on schedule.