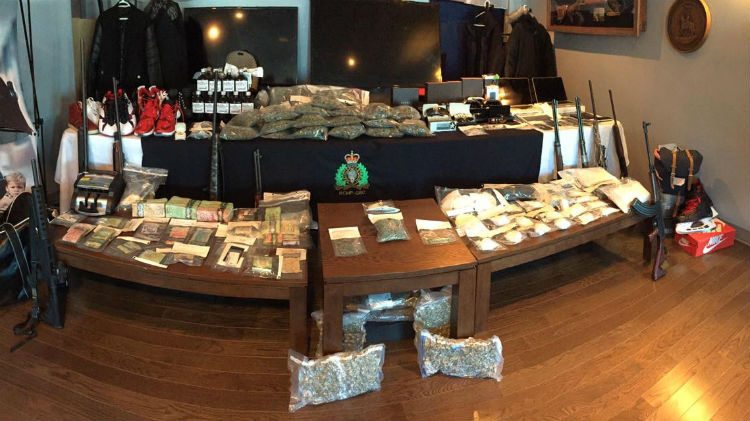 RCMP in the Northwest Territories have arrested eight more people as part of Operation Green Manalishi.

The lengthy drug investigation began well over a year ago now, targeting the trafficking of illicit fentanyl and other drugs in Yellowknife and the surrounding area.

RELATED: 14 arrested after drugs raids in Yellowknife, Ndilo and Dettah

Back in April, police laid charges against 20 people after conducting a traffic stop and executing a series of search warrants in the capital region.

“A file of this magnitude generates a lot of paperwork and disclosure obligations for the police,” said RCMP spokesperson Marie York-Condon in a statement.

“Investigators have been diligently working on fulfilling their disclosure requirements to the accused persons, as well as reviewing the evidence gathered.

“This evidence review has led to eight further arrests since the wave of initial arrests on April 4 and April 14.”

As of Monday, 28 people have been charged as part of Operation Green Manalishi. Charges against 26 of those individuals remain before the courts.