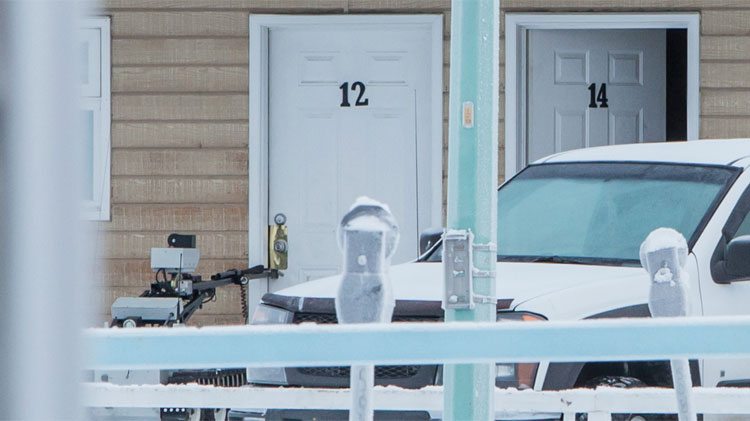 Yellowknife, NWT – The man at the centre of Thursday’s armed standoff at a Yellowknife motel has been charged.

The man has not yet been named. The charges he faces include two counts of assault with a weapon, two counts of uttering threats, one count of possessing a weapon for dangerous purposes, and two counts of forcible confinement.

No charges of hostage-taking have been laid. The Canadian criminal code says forcible confinement, a separate charge, applies to anyone who “without lawful authority, confines, imprisons or forcibly seizes another person”.

Hostage-taking, by contrast, applies if people are confined with the aim of persuading a third party to act, in order to secure their release (an example being the Sydney hostage crisis earlier in the week).

Thursday’s full report on the standoff, photos via Edge YK, footage of the arrest via CBC

Staff at the Northern Lites Motel told Moose FM on Thursday that no hostages had been involved in the incident, and no details have emerged of anyone held by the suspect.

RCMP earlier denied the suggestion that Thursday’s incident had been a hoax. Though the standoff lasted for nine hours, the length of time for which the alleged forcible confinement took place has not yet been revealed.