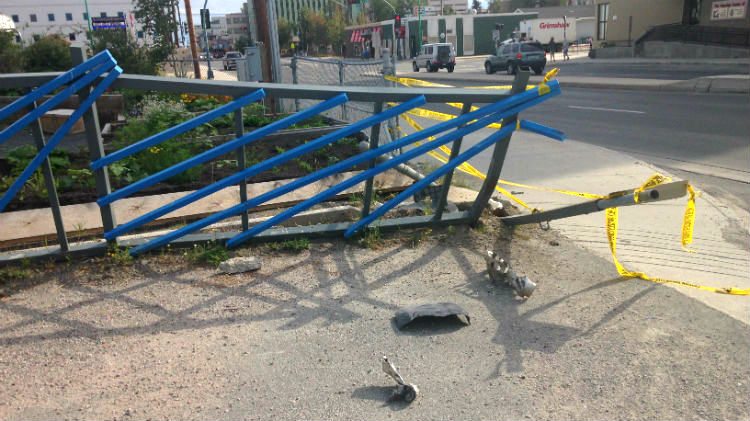 Police say a man is facing ‘several charges’ after a pickup truck crashed into a fence in front of Yellowknife’s Mildred Hall School over the weekend.

RCMP say the truck drove onto the sidewalk and crashed into the fence around 11:39 Friday night.

Both the truck and fence sustained ‘significant damage’ at the intersection of 50 Avenue and 54 Street though no injuries were reported.

RCMP couldn’t immediately say what caused the crash but say the man is facing several charges.