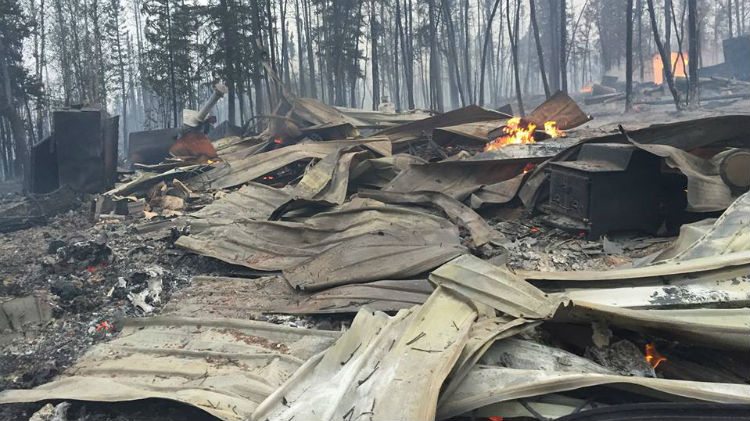 The owners of the former Namushka Lodge on Harding Lake say they’ll rebuild the popular fishing lodge after it burnt down last week.

The building was consumed by a wildfire roughly 50 kilometers outside of Yellowknife on Friday night.

The fire was first detected on Thursday night and has since grown to cover over 6,500 hectares of land and is considered out of control.

It also prompted campers and residents to evacuate the immediate area and forced officials to close the Ingraham Trail at kilometer 49.

On Sunday, the family who owned the lodge posted pictures of the devastation caused by the blaze on Facebook.

“It took me a while to want to share these, but here is the devastation that was left behind,” read a message posted by a member of the Chorostkowski family, who owned the lodge for 34 years.

“The fire came through so fast that some of us never even had time to grab their bags from the cabins. We will sit down as a family and decide what is next. We will rebuild, there was never a doubt.”

The self-catered fishing and outdoor adventure lodge had operated since 1968 roughly 53 kilometers east of Yellowknife.

Officials say another value was also lost in the fire though details are scarce at this point.

So far, 151 wildfires have been reported in the Northwest Territories this year, burning almost 100,000 hectares of land.