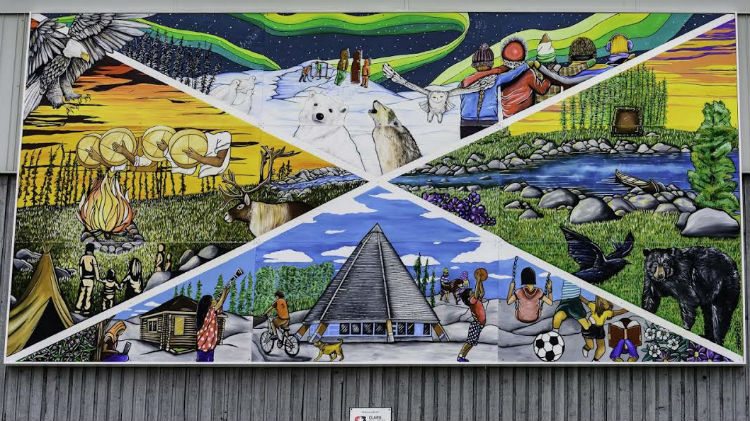 The 288-square foot mural – which was commissioned for the school and sponsored by Clark Builders – was unveiled as part of the school’s Fine Arts Night.

The project was a collaborative effort that began when artist Sarah Bradfield approached students and staff about what they’d like the mural to represent.

Students decided they wanted the piece to reflect the four seasons and embody the school’s philosophy of modern and traditional learning.

“This mural is going to be a real focal point for the community,” said Metro Huculak, superintendent of Yellowknife Education District No. 1.

“[The school board] is extremely pleased with how the mural turned out, and I would like to thank Clark Builders and our artist Sarah Bradfield for all their hard work.”