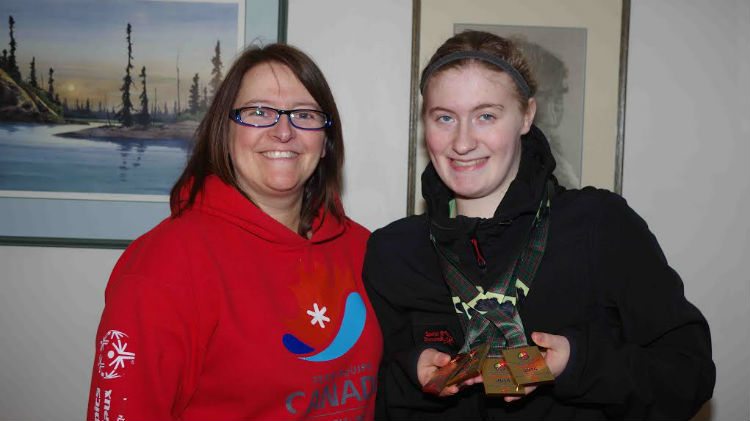 A Yellowknife speed skater is getting ready to represent the Northwest Territories on the international stage for a second time in her young career.

Simmons most recently competed at this year’s Special Olympics Canada Winter Games in Corner Brook, N.L. where she won four gold medals and set personal bests in all of her races.

“[Simmons] practices very hard and does everything she can to do a good job,” said Cappy Elkin, sports program coordinator with Special Olympics NWT.

“She’s an amazing young lady and such a hard worker.”

In 2013, Simmons won a pair of silver medals at the Special Olympics World Winter Games in Pyeongchang, South Korea.

Elkin is hopeful Simmons can build off that success when competition begins in Austria.

“She did really well [in South Korea] and she had a great time,” said Elkin. “She came home and said she was going to work really hard and go back next time.

Leading up to next year’s event, Simmons will continue her training on and off the ice and attend a national training camp in mid-May alongside a training coach.

Elkin says as many as six NWT Special Olympians have represented the territory on the international stage in years past.

The 2017 Special Olympics World Winter Games will be hosted by a handful of Austrian communities between March 14 and March 25, 2017.