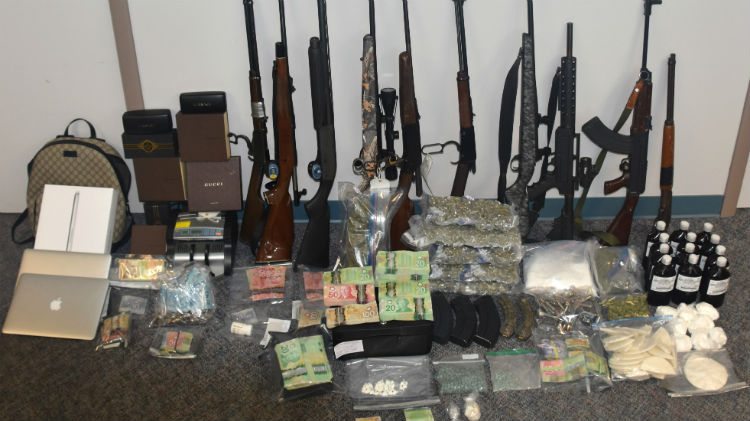 14 people were arrested following a series of drugs raids in Yellowknife, Ndilo and Dettah Monday.

More than 30 officers from across the Northwest Territories took part in the operation. Police say the lengthy investigation targeted the trafficking of fentanyl and other illicit drugs in the region.

Earlier in the day Monday, RCMP officers arrested a man from British Columbia who was en route to Yellowknife.

Six separate search warrants were then executed at homes in all three communities, resulting in 14 arrests.