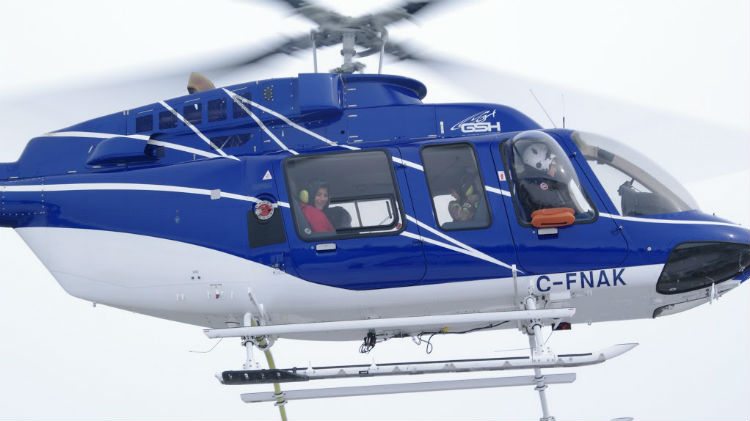 Nearly $20,000 was raised for the Yellowknife Community Foundation as part of Great Slave Helicopter’s 32nd anniversary in Yellowknife this weekend.

An estimated 1,100 people turned up Saturday and were provided flights around the city as part of the event.

A total of $9,671 was raised for the foundation from those flights, according to company officials. That money was then matched by Discovery Air, Great Slave’s parent company, resulting in a total donation of $19,342.

“It is community minded businesses like Great Slave Helicopters that makes Yellowknife such a great place to live,” said Bronwyn Watters, president of the Yellowknife Community Foundation.

“Their donation will help us continue to support our scholarship programs and many of the charitable projects the foundation supports.”

Chris Bassett, president of Great Slave Helicopters, added: “Great Slave has a long tradition of giving to the community over the past 32 years.

“As a northern company we foresee continued growth and community engagement in the future.”

Since its inception in 1993, the Yellowknife Community Foundation has awarded nearly $750,000 in grants and scholarships to local individuals and organizations.