Wear blue on Saturday for autism awareness in the NWT 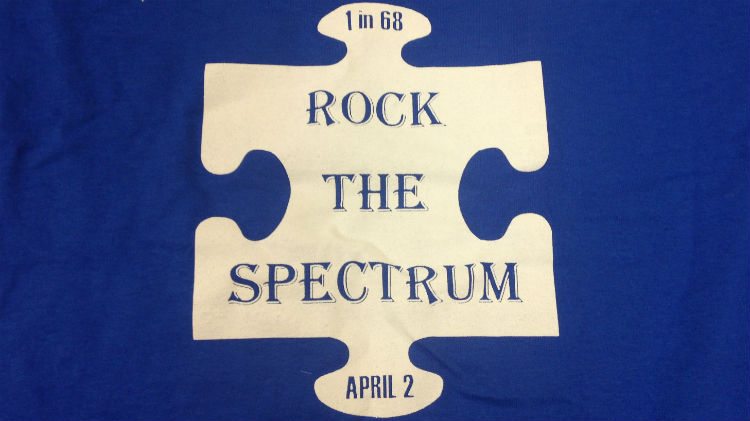 NWT residents are encouraged to wear blue on Saturday as part of Autism Awareness Day.

Autism Spectrum Disorder (ASD) is considered to be one of the fastest growing neurological disorders in the country, according to the Government of Canada.

The lifelong disorder affects one in 68 people, and manifests itself in a wide range of symptoms, including difficulty communicating, social impairments, and restricted and repetitive behaviour.

Although no official data has been compiled, it’s believed that approximately 600 people are living with autism in the NWT – including 300 in Yellowknife.

Denise McKee, president of the NWT Autism Society, says it’s important for people to learn more about the disorder to better understand those who are diagnosed with it.

Because it’s a spectrum disorder, some people diagnosed with it may be considered much more high-functioning than others.

“Being able to address any delay as early as possible is critical in being able to provide the tools and skills necessary to progress past it,” she said.

“They not only progress better in school, they also have better social relationships with their peers and we see a reduction in bullying.”

McKee says kids with autism are three times more likely to be bullied than their neuro-typical counterparts.

While strides have been made in improving early intervention services in Yellowknife, she says wait list times remain an issue for many children.

“Often times kids don’t get the service at all because they sit and remain on the wait list,” she said.

Another real challenge is helping people with autism make the transition to either post-secondary education or the workforce.

McKee says there’s an emphasis across the country on early intervention services, but not much is in place for adolescents and adults who live with autism.

Because the disorder is lifelong, she’s worried many Canadians get lost in the system.

‘We have an opportunity to make strides’

In the months ahead, McKee is hoping to expand the profile of the NWT Autism Society and go from a volunteer-based group to a more formal organization.

In May, she’ll be meeting with members of the Canadian Autism Partnership alongside territorial health minister Glen Abernethy.

The partnership, which is a project of the Canadian Autism Spectrum Disorders Alliance, is part of a federal pledge to provide greater services to those living with autism.

Its members will be traveling across Canada identifying priority areas and making recommendations to improve services.

As part of Autism Awareness Day, the Prince of Wales Northern Heritage Centre and City Hall will be lit up blue.

Residents are also encouraged to upload pictures of themselves wearing blue as part of a social media contest run by the NWT Autism Society.